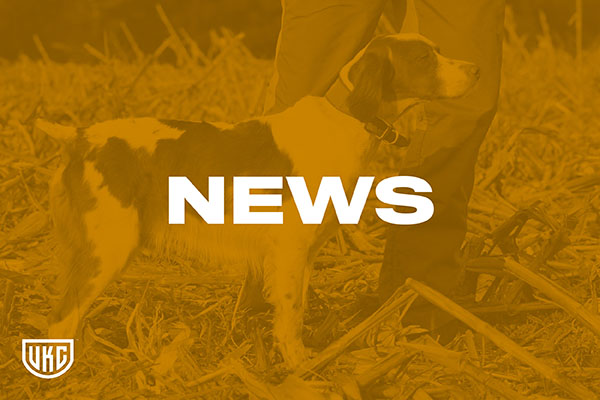 Donald Norman Wood
Donald Wood passed away on November 29, 2022, after a lengthy battle with cancer. He is survived by his wife, Sharon, three sons, two daughters, and his grandchildren.
Don grew up in Needham, Mass.; he attended Needham High School and went on to earn his Bachelor of Science in Mechanical Engineering and a Master of Business Administration.

Don moved to Davie, Fla., from Sugarloaf, Penn., in 1978. He met his wife-to-be, Sharon, while horseback riding with a local riding club. They were married on April 1, 1990. When Don moved to Florida from Pennsylvania, he was field trialing English setters, renting a horse from a hack line, and sleeping in the bed of his pickup truck. This was a man who loved to field trial. He often said, "I don't care about a placement as long as the dog pleases me." Don gradually transitioned from setters to pointers as he realized they were more suited to the local conditions.

A long-standing member of the American Field and the American Field Trial Clubs of Southwest Florida, Don was recognized for his tireless efforts at bettering the sport of field trialing. Often called the "Ever-Ready Bunny" for his boundless energy, he was a joy to work with or compete against. The Cecil B. Webb field trial grounds in Punta Gorda, Fla., were his home turf. He took every opportunity to train there and competed in every trial. He worked tirelessly behind the scenes to ensure that the trials were run professionally and remained fun-filled events for all. New members are the lifeblood of the sport, and if Don introduced them, they would be hooked. He was the most gracious and welcoming host one could ever know. His wit and the twinkle in his eye lit up every event. Don was loved by all who knew him.

Ruth was born on September 20, 1938, in Streator, Ill., the daughter of Stanley Fredel and Amanda Theolyn (Bingham) Olson. She married Loyd Bozeman on May 5, 1957, in Caledonia, Miss. Ruth was a pedigree researcher and president of Bozeann Setters. She also served as the secretary of the National Field Trial Association. Ruth loved to tend to her flower garden, was an avid shopper, and loved traveling, especially to Sanibel Island, Fla. She collected Santa Claus ornaments and was a wonderful cook. Her family meant the world to her, and she made sure that she always spent time with her husband, children, grandchildren, and great-grandchildren. Survivors include her husband; daughters, Kimberly Bozeman, Sandra (Scott) Rundall, Diane (Andy) Bozeman Woods; grandchildren, Jimmy, Chris, Joey, Steve, Lindsay, Jeff, Jenna, Alex, Tanner, and Jackson; 10 great-grandchildren, with two on the way; sister, Marilyn Carr; and beloved dog, Goldie. She was preceded in death by her parents; brothers Gerald and Larry Olson; and sister, Karen Boeckmann.