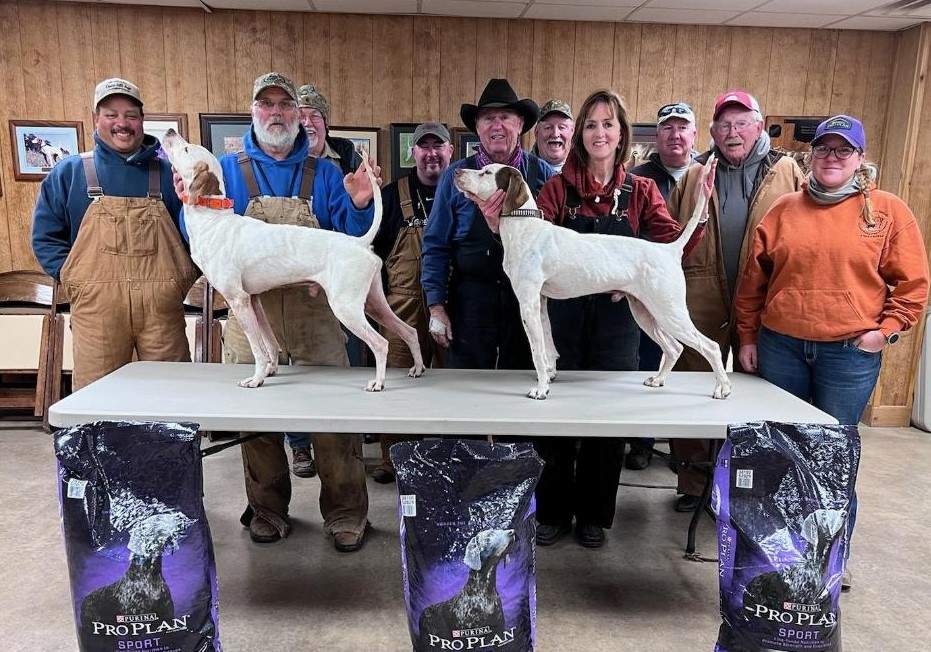 INOLA, OKLA. -- It was windy and cold but we started anyway and things got going on January 11 on the spacious McFarlin-Ingersoll Ranch in Inola, Okla. Appreciation to the Ingersoll Family for their generosity and hospitality in making this venue available for the trial.

We want to thank Greg Blair with Purina for all the help they provided for us. Without their support, it would be difficult to put on these trials. Again, thank you.

As I said, we got going. It was tough sledding but everybody kicked in. We had good results. The judges rode through some very difficult conditions from cold, strong winds to really cold temperatures. Special thanks to Kevin Guess and Kelli Aitken for doing a great job in those conditions.

We drew 32 dogs. It was tough going, but we had several dogs on birds. After three days, the judges decided on two very nice dogs.

The champion emerged in a first-year dog Highwall To Rebel Hell, owned by Dr. Buck Neil and handled by Virgil Moore on first course with big swings to the front, staying out there and keeping touch with his handler. Rebel Hell was rewarded with two nice finds on which he showed great style. He looks good going as well. An all-around good performance.

Runner-up was Boumeester's Bar None, owned by Chris Martin and handled by Chuck Stretz. Bar None also ran on the first course. Last year's champion again rendered a nice show, looking good running as well as pointing in a very controlled race. Bar None tallied three good finds, commendable birdwork. All in all, a very good choice for runner-up.

One again, we thank all for helping. 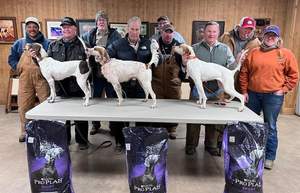