The Midwest Vizsla Futurity was held this year at the Jim Edgar Panther Creek field trial grounds near Ashland, Ill.

Our 2020 event was not able to be held due to the COVID-19 pandemic and subsequent temporary closure of all State Parks. We were very happy to resume this prestigious Futurity stake.

The weather gods were kind to us this year. Usually spring rains make for very soggy and muddy conditions, but this year the grounds were primarily firm and the creek crossings easily accessible.

We sincerely appreciate our corporate s ponsors Purina and SportDog who continue to support our event.

A special thank you to our two judges, Jeff Wallace and Bill Elliott, for sitting in the saddle and attentively watching our young dogs.

This year, we had four entries for this event making for a very relaxed time for running dogs. Three dogs were awarded placements with one young dog not placed due to not finishing the course.

We eagerly look forward to hosting this event next year at the end of March at the same grounds and invite Vizsla breeders to nominate their litters and enter their young dogs. Please contact Rodney Albin, MVF secretary. This is a prestigious and enjoyable event where some of the best of our breed showcase their talents.

The Futurity is run on a Friday and is immediately followed with the Vizsla Club of Illinois weekend trial on Saturday and Sunday. 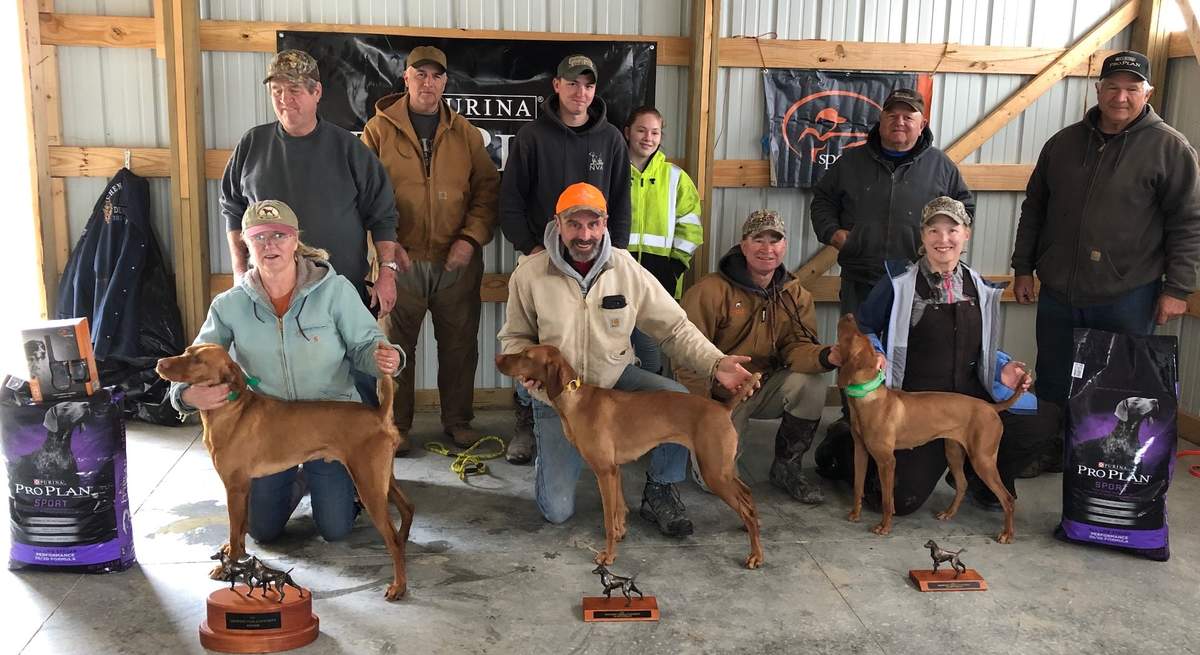