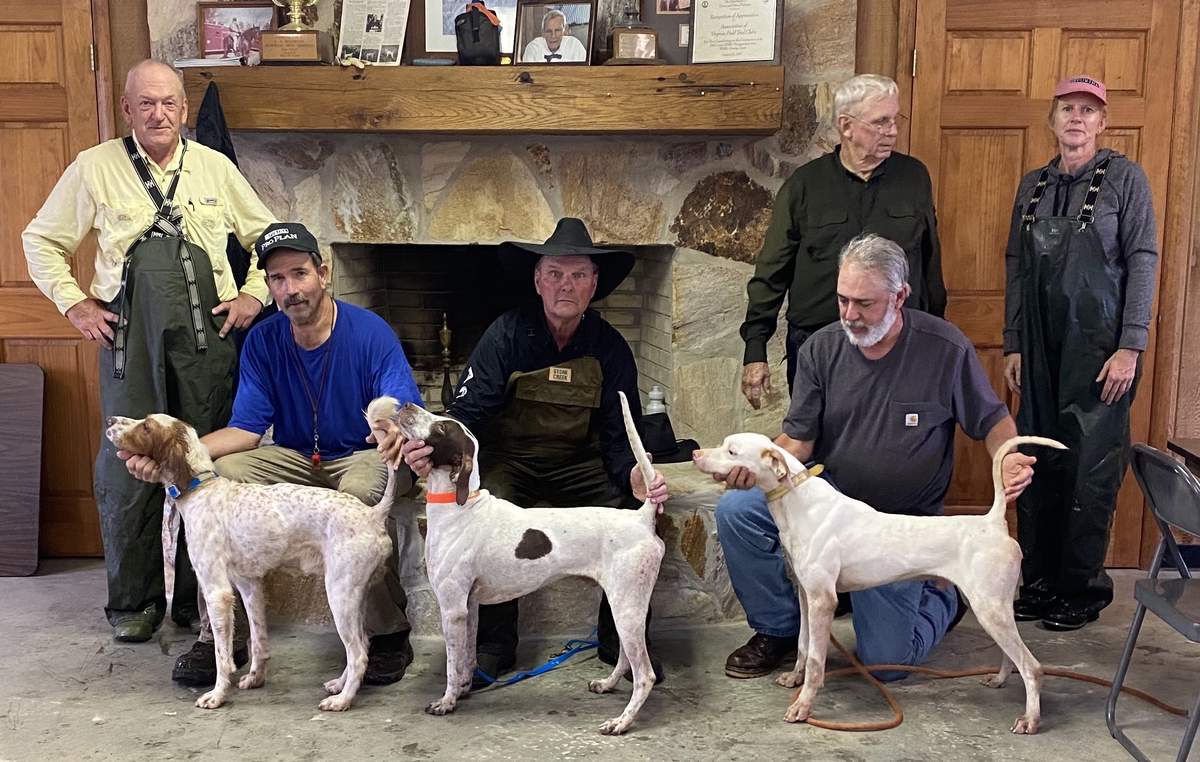 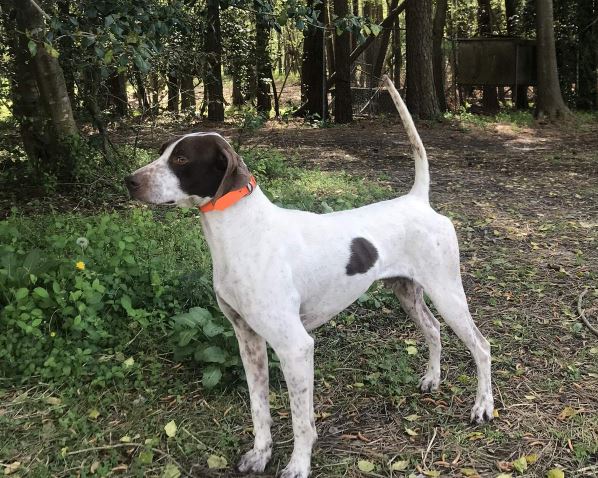 Purina generously supported the trial. Purina is the sponsor of the U. S. Complete Shooting Dog Association and in conjunction they award placements with coupons for their products. The field trial community owes Purina a great debt of gratitude.

Once again the Gloucester Club joined in with the Cockade Field Trial Club. This seems to work well for both clubs. Cockade has all-age on Friday, Gloucester has a U. S. Complete Walking trial on Saturday, and Cockade comes back with horseback, Shooting Dog and Derby on Sunday.

I would like to thank Gary Winall and Ellen Clements for helping judge, plant birds, etc. A special thanks to Jim Jones and Jeff Smith for judging the Shooting Dog Stake. Both of these men are assets to field trials. Thanks to Sharon Townley for preparing lunch for us.

First in the Amateur Derby was Raven's Haven Apple Brown Betty. Betty had a good ground race, coupled with three finds, to bring home the blue ribbon. Second place was Chippoke's Gypsy Girl, owned and handled by Lee Flanders. Gypsy is a nice looking dog on the ground and had two Derby finds.

Thanks to all who helped and came to the trial.