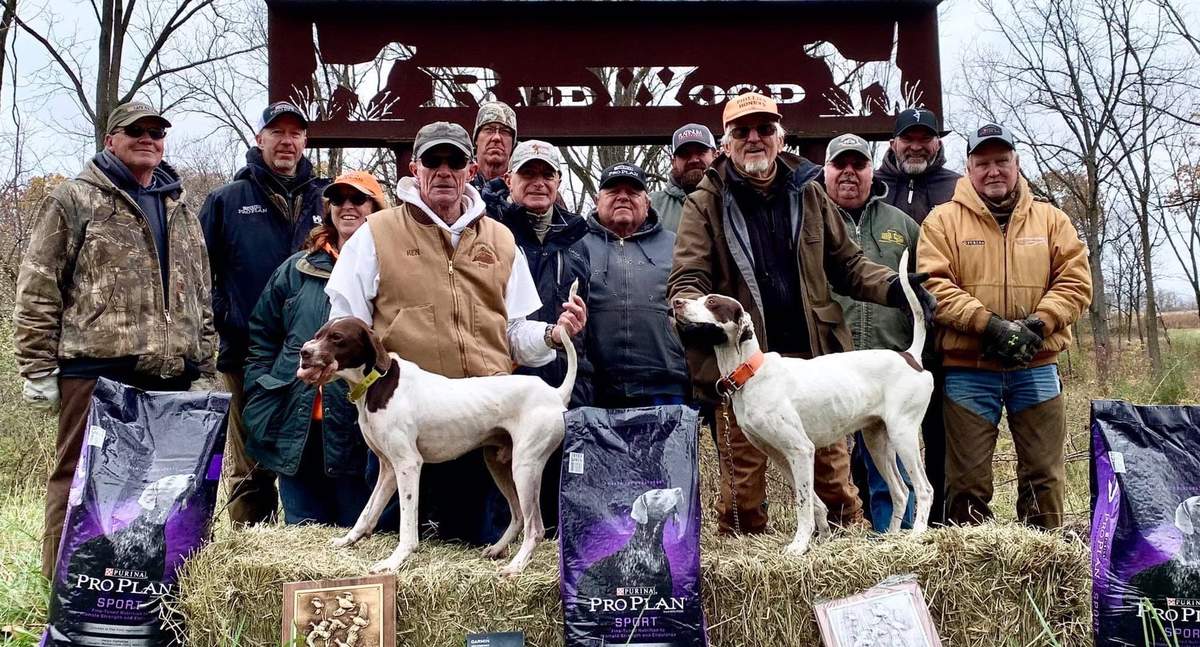 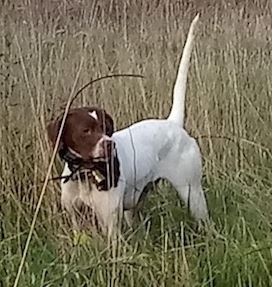 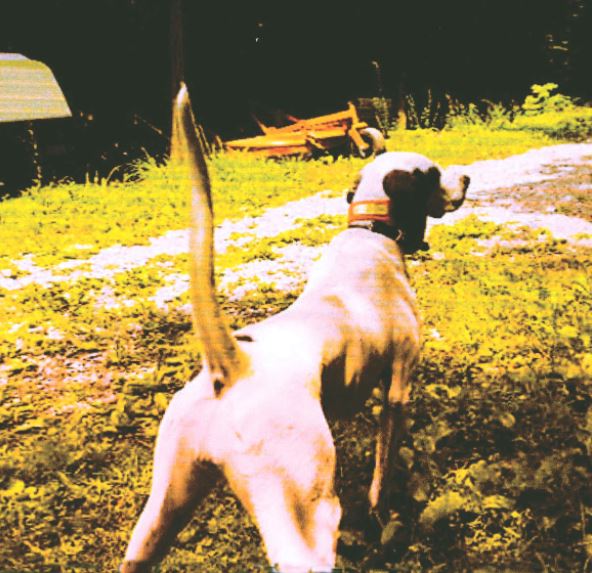 Redwood Farm is the ideal place to show a walking shooting dog with rolling hills, edges, feed strips and plenty of cover that gives the opportunity for dogs to make moves while staying completely in tune with the handler.

Most importantly there was no shortage of birds. Every brace had bird contact, with many dogs having multiple covey finds.

The staring field was filled with tough competition full of numerous champions and many that will have their day soon enough.

The Wrights are by far and away the best hosts of any field trial I've ever attended and from the feedback received I don't think I was alone in that belief.

Thank you to each and every handler who traveled from all over to make this a great Championship.

Indiana sure put on a show with the weather. We had sun, wind, rain, snow, sleet, and a mix of everything.

Multiple dogs finished the hour but the champion and runner-up gave the judges exactly what they were looking for in their winners.

The judicial panel was Jim Lawless from Sparta, Ill., and Bill Elliott from Harvard, Ill., who acquitted themselves with distinction. We thank the judges who took time out of their busy schedules to watch this great field of dogs while giving their utmost attention to each and every dog over the weekend.

Our champion, Faith's Maximum Justice, came from the final 16th brace. After his bracemate was picked up for failing to stop to flush he had the course to himself. His application was big at times but he shortened up when the course called for it while always in tune with his handler. During his hour he had three pieces of bird work (31, 38, 50) which he handled flawlessly.

The six-year-old white and liver pointer male is owned and handled by Kenric (Ken) Delong of Greenville, Mich.

The seasoned white and liver pointer female is owned and handled by Dr. Bobby Phillips of Jonesborough, Tenn.

The starting field consisted of:

A Georgia Born Windstorm (PM/Margie Ridings) with a find at 5 but it was too much to handle and handler picked him up. Pond River's Pressure On (PM/Joshua Griggs) had finds at 8, 21, and 30. Handler elected to pick up at 38

Penrosa Behr Devil (PM/Tim Penn) had finds at 5 and 11, but the latter one caused handler to pick up. Stella's Natural Disaster (PF/Mike Duvall) tallied a find at 5 but after failing to back at 11 was up

Beaucoup Creek Buck (SM/Heisner) tallied a find at 8, moved forward and was picked up. Cairds Lefty/ (PM/Sam Ridings) did not have pointing on his mind and was under birds at 3.

Bullfrog's Happy Patch (PF/Jeremiah Seiber) was on the board with finds at 10, 20, but at 35 dog moved forward and was picked up. Her Bracemate was Runner-up Bob's Elhew Holly.

Georgia Born Braveheart (PM/Sam Ridings) did not have pointing on his mind and was up early. Blair's Calvary Mountain (PM/Greg Blair) failed to stop to flush and was up at 40.

Beaucoup Creek Gus (SM/Heisner) tallied finds at 3, 27, 31, 39, 43 and at time with a earlier unproductive at 10. Tenacee Copper (PM/Isenberg/Phillips) was scratched due to an injury.

Emert's Show Me Mo To (SM/Dave Emert) had an early find at 4, but was picked up at 20. Bob's Elhew Kate/ (PF/Sam Ridings) could not get it going in the cold, snowy conditons and handler elected to pick up at 12.

No. 16 had Bob's Elhew Sushi (PF/Bobby Phillips) which was picked up at 10 for failing to stop to flush. She was braced with the winner, Faith's Maximum Justice.

No field trial is complete without a great team of workers. This year's Championship was no exception. I would like to personally thank Keith and Jessica Wright, John and Jill Wright, CJ Campbell, and Shannon St. John for all their help.

Keith Wright rode every single brace and helped each handler navigate the course; CJ and Shannon shared dog wagon duties over the weekend and were always there when we needed them. Jessica, John, and Jill provided top-notch hospitality and made sure meals were ready.

There is one guarantee if you ever get the chance to run a trial at Redwood and that is you will NOT leave hungry! The Redwood team made sure we were well fed all weekend with breakfast, lunches, and dinners each day! The Purina dinner Friday evening featured a ribeye steak dinner from the Beef House Restaurant in Covington, Ind.

We thank the judges -- Jim Lawless and Bill Elliott -- who gave everyone's dog their utmost attention.

We'd like to also thank our sponsors for their continued support. Purina and Garmin provided dog food and collars for our champion and runner-up.