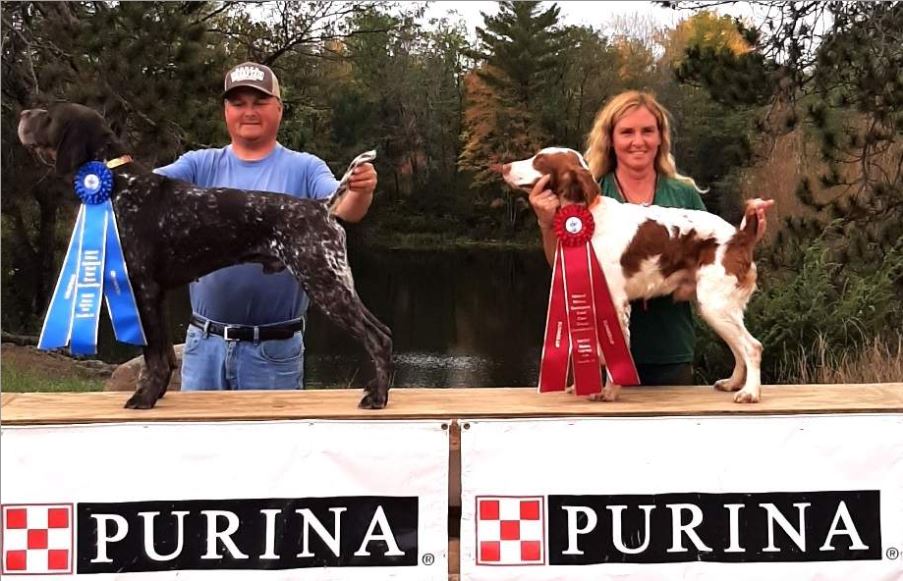 Great Fall weather, high-class bird dogs, helpful, friendly folks, and bountiful grouse and woodcock graced the premier wild bird field trial venue in the country the second week of October. We had huge open shooting dog entry, and good numbers in the other stakes. Lots of helpful participants, food and fellowship made for and enjoyable event.

We thank our generous sponsor, Purina, and their extremely helpful representative, Greg Blair, for his support and the quality Performance dog food that winners look forward to.

Thanks also to our wranglers, the Hollister Family, for great, reliable horses and super service. Ongoing appreciation for the efforts of Chuck and Theda Langstaff for all their administrative work and tailgate lunches. The day-to-day operation of the trial was facilitated by the help of many who volunteered to marshal braces and move vehicles among the many countless tasks that are part of running a successful field trial.

Bird numbers were nothing short of spectacular! Over the four day trial, more than 70 grouse and 38 woodcock were moved, with several dogs in every stake (yes, even the Puppy) having bird contact, and giving the judges plenty to discuss when sorting out the winners among the dozens of charges contending for the coveted ribbons. 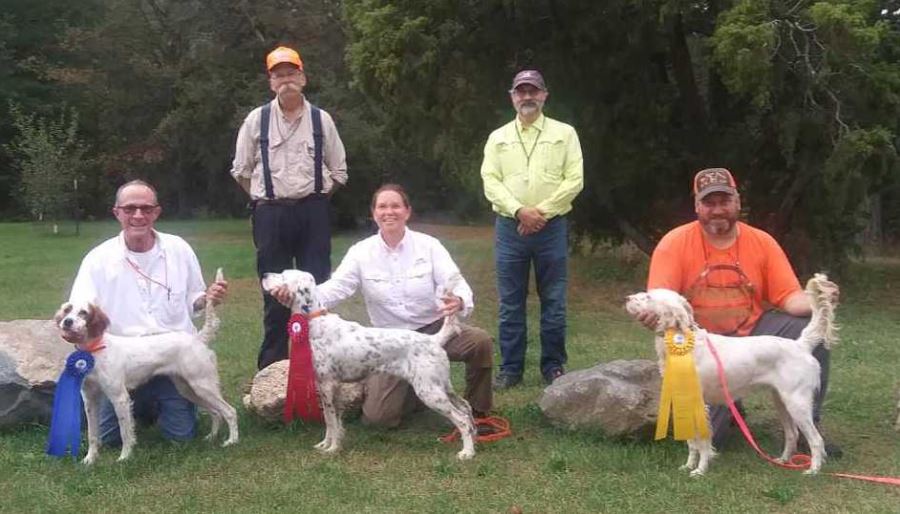 Fifty-five dogs contended over three days in the extremely competitive Open Shooting Dog Stake closely monitored by Judges Sean McKellip and Shane Baxter. First and third places both came from brace No. 16, running on course 5 in mid-morning on Friday.

Shady Hills Zeena, a snappy, driving, smooth handling pointer female handled by Marc Forman snatched the blue, staunchly nailing a sly, slippery grouse near the end of her half hour. Robert Ecker steered the setter male Grouse Ridge Larry (Ike) to quality grouse finds at 9 and 25, and was awarded the yellow ribbon. Asserting his way into the middle spot was the setter male Larry, also finding grouse and pointing nicely, aptly handled by Rich Hollister. Yup, y'all, the pros swept this one!

The inaugural running of the Continental Cover Dog Championship took place Saturday morning. The small entry yielded quality performances, and all entrants had worthy bird work. Judges did not award a championship title in what reverted to an hour Open Shooting Dog Stake. Named winner was Shane Baxter's German shorthair Bax Star's Doc Holiday with a mostly forward race, finds on grouse and woodcock, and the manners to remain staunch through interference from his bracemate. In second place was the even running Brittany K Del's Eagle Magnum Bullseye, handled aptly by Christy Helmes. "Bullet" was consistent in his application, and had two grouse finds--one while standing in water and another involving a very impressive and mature relocation to pin a sneaky bird.

In the Open Puppy, brace No. 3 that yielded the top two placements, and separating the pair was a tough task for the judges. Both the setter and the pointer put down dynamic, intelligent, forward races and had contact with a grouse in the last minute or two of the brace. In the end, Fieldstone Farms J (Lilly), setter female handled by Bobby Ecker took the blue ribbon on the strength of her race, and the young pointer male, May's Legacy of Jusice (Freedom), handled by Kenny Delong was a close second. Rounding out the placements was Ron Badley's nice running setter male, Dun Roven's Dudley.

The Open Derby ran on Sunday with 22 charges in a very competitive stake with plenty of bird work. Again the pros dominated, as top honors went to E J Jonesy, an impressive setter male, handled by the always famous and forever young Scott "Skeet" Chaffee. Jonesy ran on course No. 4 pointing woodcock at 7 and 12, then had a very nice grouse find just before the orange gate at the end of the course. The red ribbon was handed to Tammy Chaffee (these two are an awesome pair of pros indeed!), who handled the far-reaching but responsive setter female Fireside Sally Forth to a sweet find on grouse at 6. Rich Hollister expertly navigated the setter male Dun Roven's Timber through course No. 7, and was rewarded with a stylish grouse find just before time to take third.

We are thankful for the opportunity to do what we love and run our faithful four-leggeds over the best wild bird grounds in the good ol' USA. I have been trialing up here for 35+ years and the abundance of birds this fall is the most impressive in memory. We appreciate a cooperative DNR and a well thought out timber management plan, as well as the ongoing stewardship of our local DNR man Bruce Barlow. 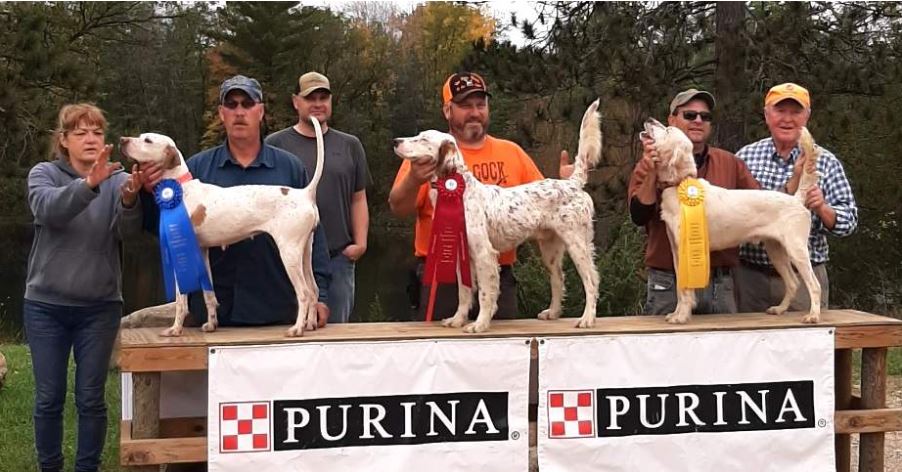 Thanks be to God for our many blessings. 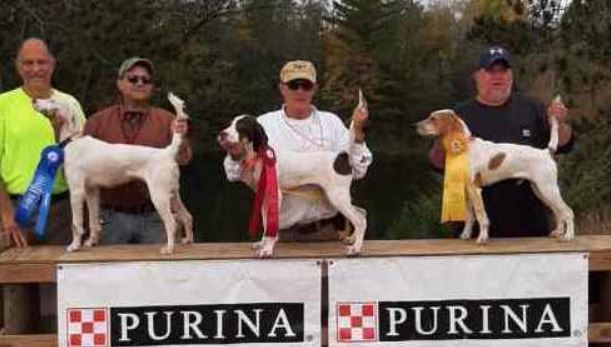 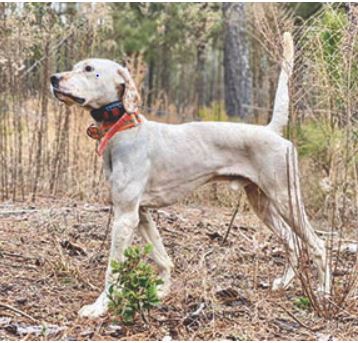