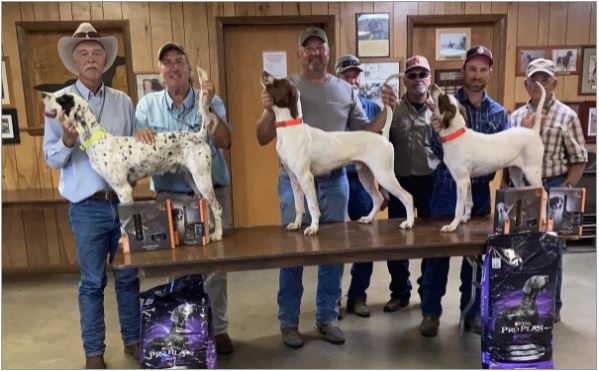 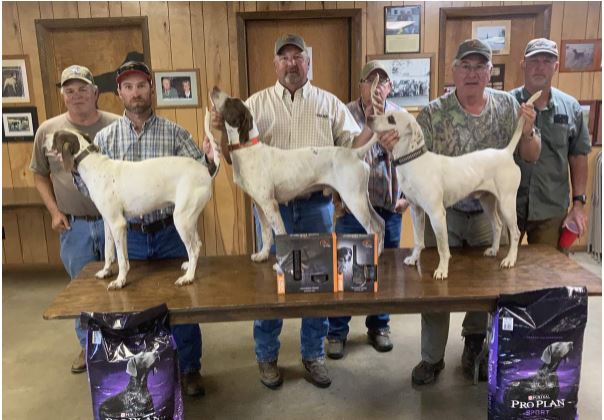 Conditions for this week this year were hot and dry, but the courses were mowed and in great shape.

Judges for the Shooting Dog and Derby were Tom Milam from Ross, Tex., and Charlie Collier from Corsicana, Tex. Both men rode hard and were attentive to all the dogs that were turned loose.

I want to thank Ronnie Miller stake manager for his hard work at making this trial happen and running smoothly, and Jerry Oswalt for driving the dog wagon. 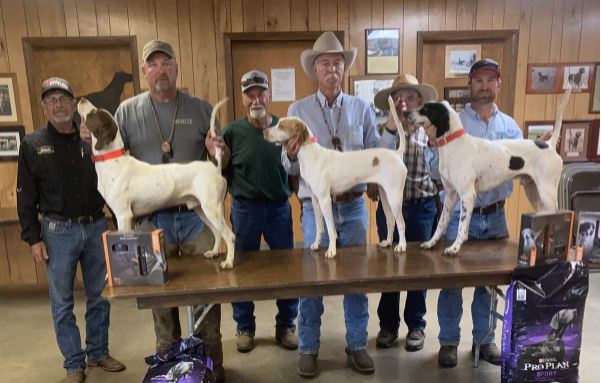 Doc ran the first afternoon of trial and had a strong performance in the heat. He scored his only find midway through the brace where scout called point on a treerow off to the right of course where Doc stood stylishly for flush and shot. He went on to finish the hour very strong with some really big swings to the front to lock down first place.

Second was Oak Ridge Thor, three-old white and liver pointer male handled by Shawn Kinkelaar for owner Ron Prewitt of Hudson, Ill. Thor also ran in the afternoon on the second day and tallied two finds. He ran a moderate race but hunted hard and dug up two coveys in thick cover in corners of course No. 3. His composure on game was excellent as he finished his hour going to the front.

True Choice was awarded third place on her effort in the heat again in the afternoon. The six-year-old pointer female produced one bird find around the 30-minute mark and had a strong ground race throughout the hour. Owned by Gred Fried of Millerstown, Pa., Choice was handled by Shawn Kinkelaar.

In the Derby, conditions were very hard on the young dogs with highs in the mid-90s.

Winning the stake was J N Bolt Action, white and liver male handled by Shawn Kinkelaar and owned by Joe Stokely of Hickman, Neb. Action had the only bird contact in the Derby where he had well manners and really good style. Action had a moderate race to win the trial.

Second was Brighter Days, pointer female handled by Virgil Moore and owned by Charles Forsyth of Fort Worth,Tex. Days had an attractive ground race with some really strong swings. Third was another dog that looked great on the ground and showed maturity in swinging and handling. Shawn Kinkelaar handled pointer male Erin's Thunder Backus to third. Backus is owned by Dr. Tom Jackson of Columbus, Ind., and Jerry Moisson of Milton, Wis. 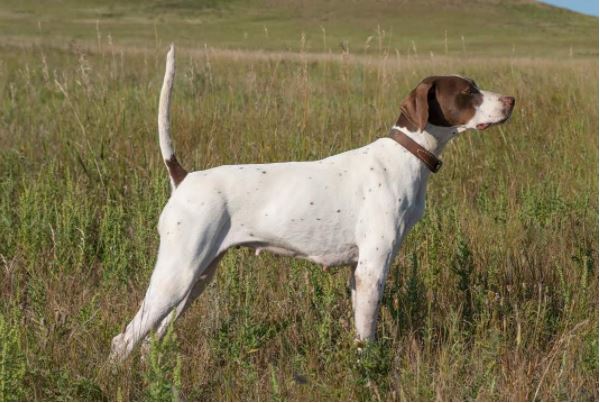 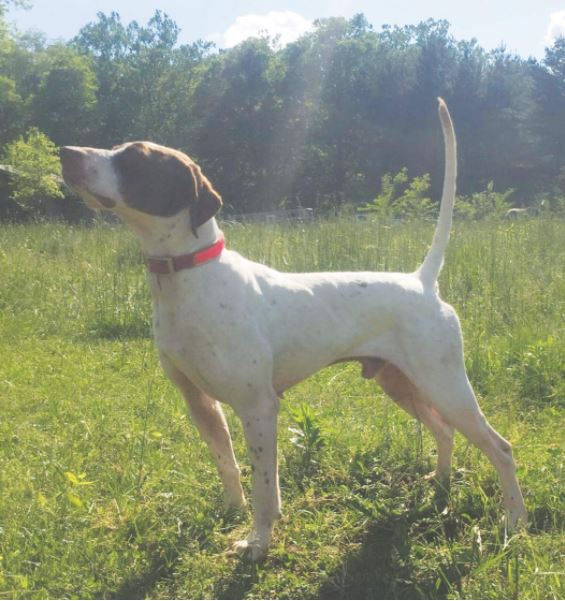 Following the Fleetwood Classic, the Lone Star Classic began. Conditions had not improved from the previous week and still were hot and dry.

Judging this stake were Mike Lemmon of Conway, Ark., and John Van Horn of Dardanelle, Ark. Both gave their undivided attention to all the dogs.

Another hearty thanks goes to Ronnie Miller for keeping all things and beings in line.

First place was awarded to Grand Prairie Thrill, five-year-old white and liver pointer female pointer handled by Tommy Rice and owned by Mac Stidham of Columbia, S.C. Thrill ran in the first brace after lunch on the third day. She had a big race and showed well to the front most of the hour. Her find came at the call of pickup, where she had a covey pinned on an edge of a big field.

Second was the well-known Chelsea's Thunder Bolt, handled by Shawn Kinkelaar and owned by Dr. Tom Jackson and George Hickox of North Dakota. Bolt was braced with Prairie Thrill on the first course after lunch on the third day. Bolt scored early with a find within 10 minutes of the start of his brace. He went on to have a good race, checking in and showing where birds should be to the front.

Third was Sun's Out Gun's Out, white and liver pointer male owned by Rick Thone of Russellville, Ark., and handled by Eddy Taylor. Guns had a good race in the heat and tallied two finds with a good race A job well done.