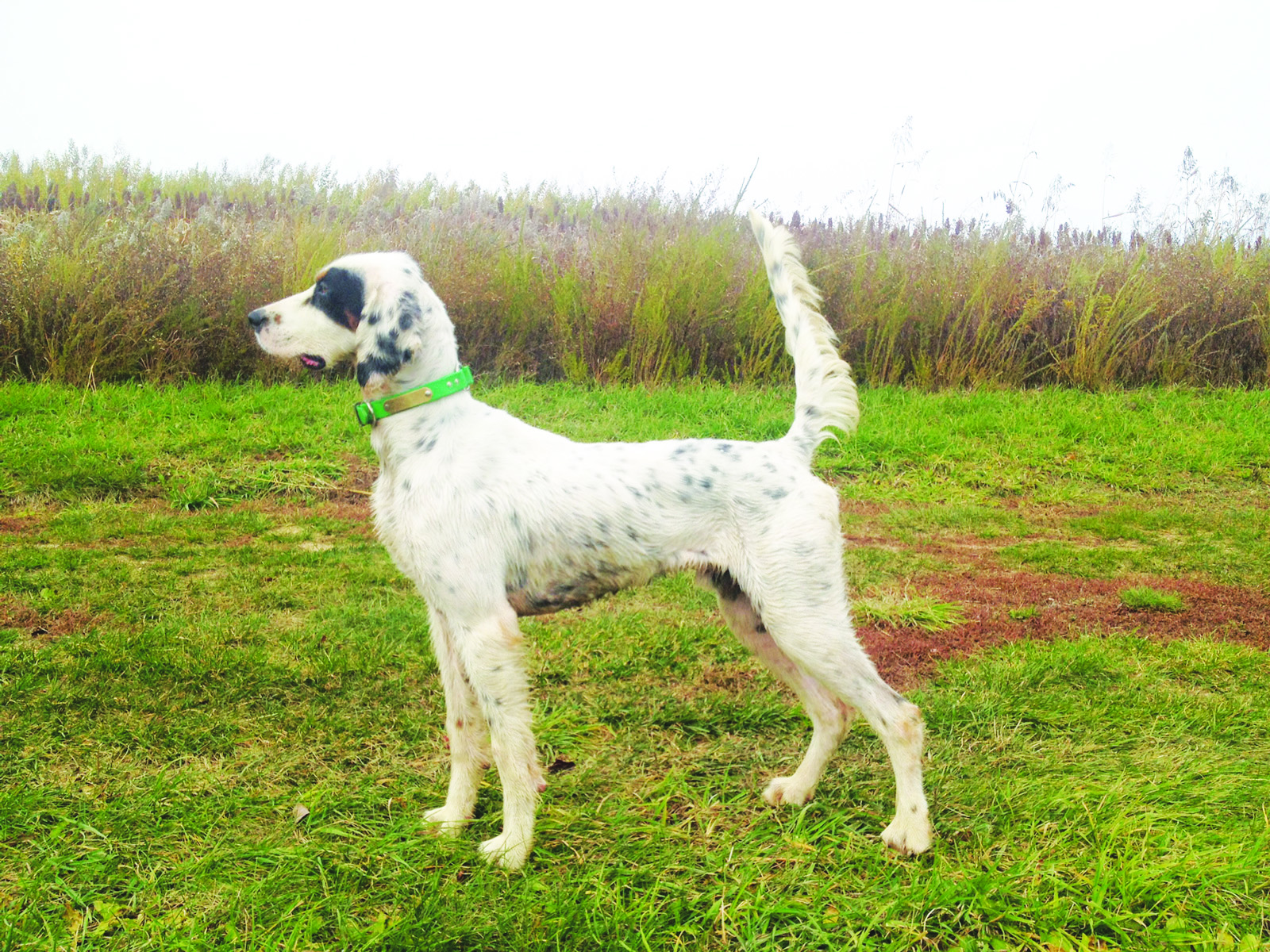 The Central Kentucky Quail Club was formed back in the early 1970s. Mr. William F. Rayl, professional trainer and bird dog expert, suggested we apply to The American Field for championship approval for the Kentucky Open All-Age Classic. After three more years of running the Classic, I spoke with Mr. William F. Brown at that year's National Championship and he agreed for our Classic to be recognized as a championship stake.

In those early years, we were supported by several professional handlers and would have thirty to fifty dogs each year. Now it's hard to draw fifteen or twenty dogs.

The Miller Welch Wildlife Area located near Berea, Ky., is the venue we have used for many years. The Kentucky Fish and Wildlife Area was in perfect condition to show all-age dogs. We thank the Fish and Wildlife Division for the hard work they do to support all trials conducted at this area. Especially, we thank game biologist David Fredrick.

The supporters of this trial make it possible for us to conduct this event. Without their support we simply could not fund it.

Purina does the lion's share. Greg Blair, Purina's representative, is very helpful with everything.

Garmin/Tri-Tronics and John Rex Gates also helped with the donation of their new 550+ unit. This is a retrieval and trainer device combined in one unit. The dog trainers love this unit.

Pam Tucker, as usual, helped preparing the drawing schedule, scheduling the food, and several other things that we all take for granted. Thanks to Pam and Buster for their helpful efforts.

Charlie Turner drove the dog wagon and had all dogs at the starting place on time. Charlie also ran a nice Derby dog. She was a pleasure to watch.

Bill Brown helped with the bird release. Birds were found in the places where dogs were rewarded for extended range to good objectives. Thanks for the good work.

Judges were Ronnie Rogers of New Market, Tenn., and David Steele of Signal Mountain, Tenn., no newcomers to field trials. Both are successful trainers/breeders and show their own dogs in some tough stakes.

They rode at a good pace and wanted the handlers to show their dogs. They didn't follow the handlers and asked that they show their dogs to the front. They both are good Tennessee men and did one of the best jobs we ever had. Thanks to both of you for your time and effort judging the dogs.

Last but not least, our club secretary Mr. Vernon Vance worked hard and long to ensure the trial was a success for all. Thanks for another good job, Mr. Vance.

Pendy's Good Grace (PF/Pendergest) and Erin's Redrum (PM/Derrig) were in the Mullins bottom and going strong. Across the creek and toward the black barns they were handling but running and hunting the country. A call of point by Pendergest at 25 resulted in a lengthy flush and an eventual unproductive. Both dogs were gone for some time and returned to the front at the road crossing. The call of point for Grace and Rum was heard by judges. This resulted in a find for Rum and an unproductive for Grace. With 8 minutes left in the hour, both dogs were found on point and all was in order at flush and shot. They finished strong.

Down in the second brace were the winners, Erin's Hidden Shamrock and Quickmarksman's Dan. They were away at the mailbox. Dan swung far to the northwest. "Jack" crossed the creek and was pointed out far to the front. Dan had pointed near road crossing, credited with a good find. The call of point from the far front for Jack also resulted in a very good find. Both dogs were running the country and hunting the likely spots for quail. At 25 point was called from the far fenceline. Both dogs were there pointing some distance apart and quail were flushed for the dogs, both with good manners and credit for a find was given to each. On through the big bottom, the dogs were reaching the limit and using every foot of this all-age course. Neither dog was seen for some time. Jack was spied on point far to the front. Upon arrival, the setter was standing statuesquely, not blinking an eye. Birds were flushed very near his head and he didn't blink an eye. An outstanding find; the best all-age find of the trial.

Behind the Agee home near the old pond, Jack scored again with all in order. Dan made a large cast west and returned to the front pointing in woods, all in order at shot. The dogs continued to run and hunt the country and were found at 58 in fenceline. All was in order at flush and shot. The final few minutes proved the all-age in both dogs with strong finishes. Both handlers were happy with their dogs' performances.

Both Crouse's Samuri Warrior (PM/ Crouse) and Lone Tree's Rod Iron (SM/Hester) had one find each but weren't satisfying handlers and were picked up early.

Pointer male Crouse's Samuri Halo had a good ground effort with a good find near 50 but moved at flush and was picked up. Tim Hammons' Irish setter female Little More Shine had a great bird-finding hour with five finds and a shooting dog effort.

Broken Halo moved on his first find and was up. Erin's Blew By You had two unproductives and was leashed at 40.

Erin's Lone Star Law had a good race but was picked up at 50. Pete was running an all-rage race, not being seen much, but was found near Agee house pointed then leashed at 40.

Setter Quickmarksman's Tom Tekoa rendered a good effort but found no birds. Cole Train was up at 45 after a second extended unproductive.

Buckeye's White Knight had finding birds on his mind. He had five finds and a good race to his credit. A step or two on one find may have cost him a placement. Game Bo had two good finds but shortened near time. 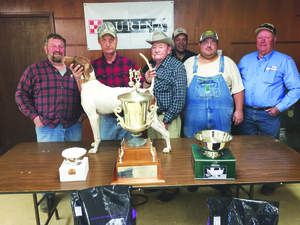 Earning first was Crouse's Rebel Ripken, pointer male which had a true all-age effort with one limb find with all-age manners and a very strong finish. Placed second was Dakota Phantom Sky, pointer female which had a very strong effort but the last few minutes was a little weak. She did have a broke find with all in order. Hi Speed Queen ran as a bye and had a good ground effort and one broke find.

Pointer female Hanna had an outstanding race and a strong finish but no birds.

The Derby was very strong with several dogs performing to all-age standards. 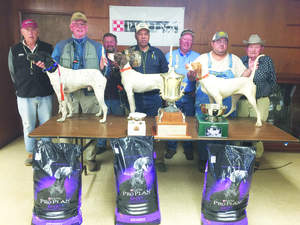