Utah Field Trial Association held their spring trial March 27 at Howell, Utah. It was nice to see everyone after cancellation of last year's trial and enjoy good weather and participation.

We would like to thank the judges, Chris Perkins of American Falls, Ida.; Tom Kosmack of Price, Utah; Jeremey King of Spanish Fork, Utah; and Rich Burgi of Sandy, Utah, for their willingness to put in their time and commitment to each brace.

We appreciate having strong support from Scott Evans and Brett Burgi throughout the day with bird planting and help with anything that was needed. Thanks also to so many others who offered horses to first-time trialers and friends that came to ride in the gallery and to those that simply ran out of horse power.

The Open Shooting Dog stake drew six entries with the third placement withheld this year. First place was awarded to Rock Hard's Three Dat Bender, German shorthair male owned and handled by Art Cox of Eagle Mountain, Utah. Rock ran a nice race with some good forward moves and a divided find with bracemate on a chukar. Second was awarded to Westends Killin Me Small, a Weimaraner male owned and handled by Mat Blockovich of West Jordan, Utah, with a hunting race and find on chukar. 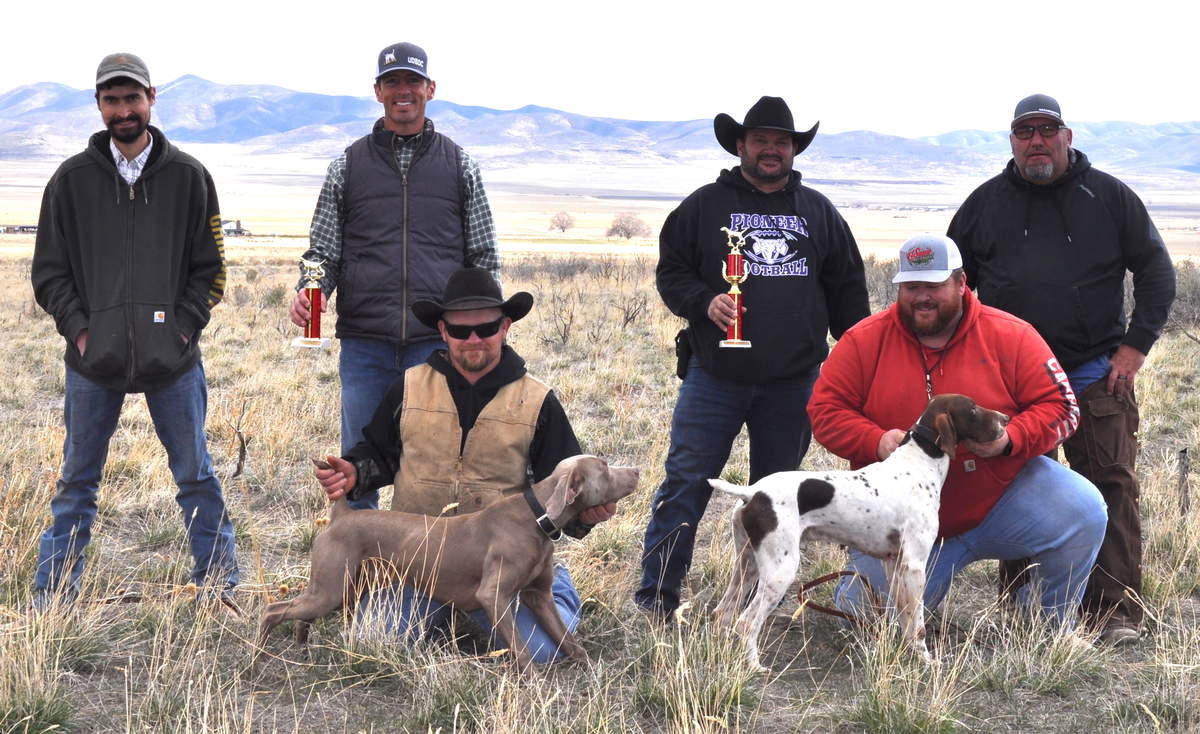 The Open Derby attracted the most entries this year with sixteen dogs entered. It was a very competitive event. The first and second place dogs were braced together with Perkins Rebel Within (Hank), pointer male owned by Chris Perkins of American Falls, Ida., winning the stake. Hank ran a nice forward, well directed race and had two finds on chukar. Railhew's Ruby, pointer female owned by Lillian Favor, was handled by Doug Favor of Pocatello, Ida. Ruby also had a forward, well directed race with stylish points on chukar. Both Hank and Ruby finished strong. Third was won by O T F's Goodtime (Riot), German shorthair male owned and handled by Mat Blockovich of West Jordan, Utah. Riot had a nice race with big moves to the front. 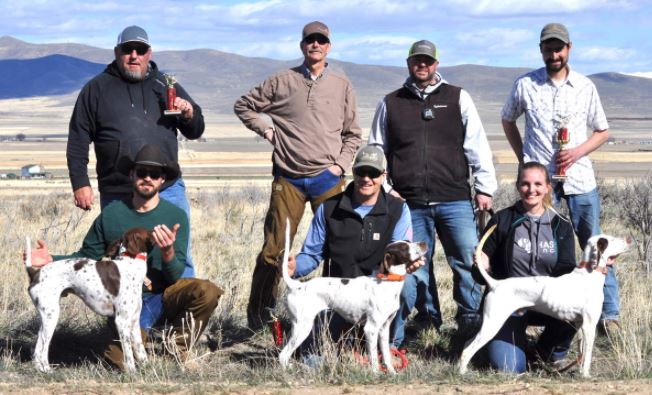 Well-deserved congratulations to all placements!