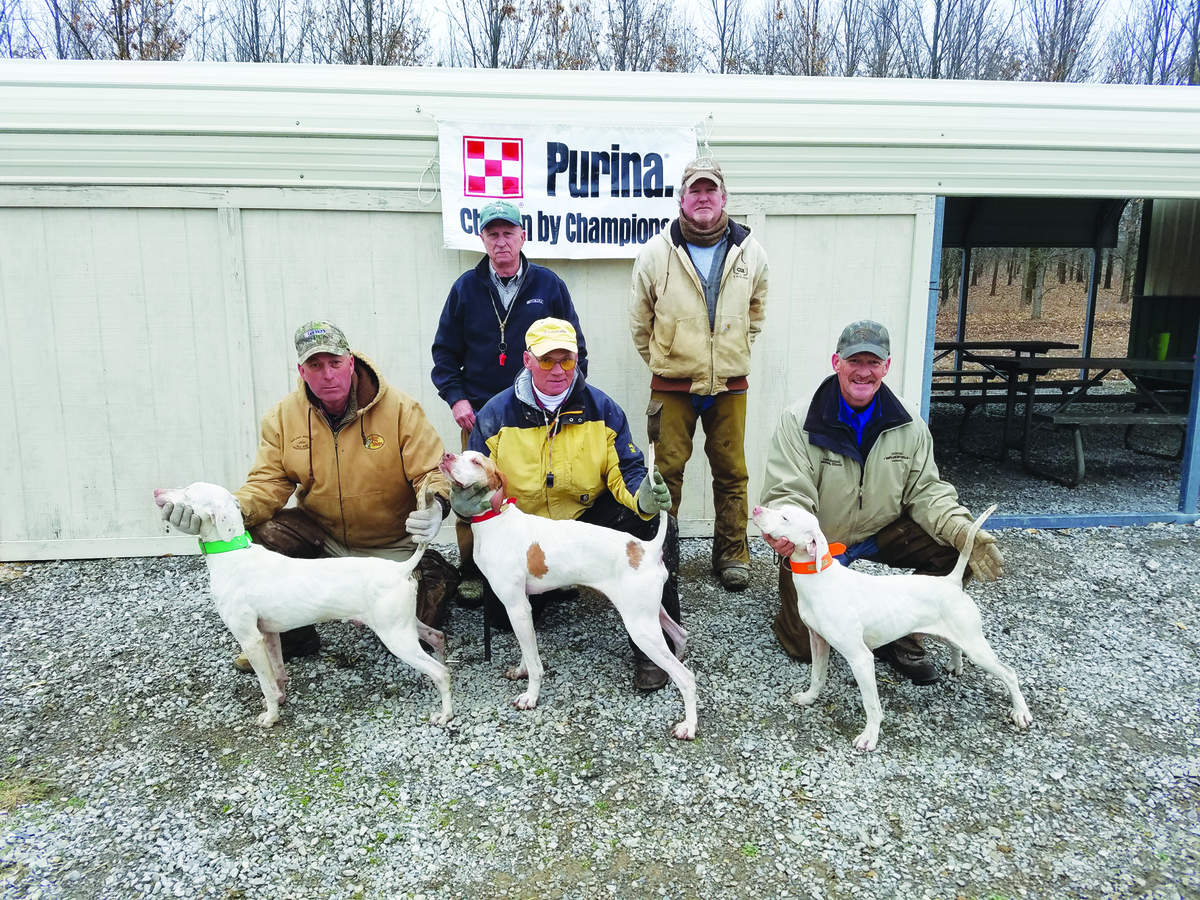 Amateur All-Age Winners. Front (l-r): Mike Small with Small's White Stryker, Larry Smith with S F Bandwagon and Jon Lam with Phillips Off Line. Standing: Don Wiggins and Jim Lawless, the judges.
CUTLER, ILL. -- The Rend Lake Field Trial Club, after loosing their home grounds, the Outland Ranch, has found a home at the Illinois Department of Natural Resources Pyramid State Park Captain Unit. The grounds are located in southern Illinois approximately two miles southeast of the town of Cutler, Ill. These grounds consist of 6105 acres: 1,154 acres of crop fields, 160 acres of timber, 3,891 acres of grasslands and pastures, as well as 900 acres of lakes and wet lands. Three one-hour field trial courses have been laid out with hopes for future improvements in mind.

This area has a good number of wild birds that can routinely be found on course. Trials routinely supplement quail on each course allowing for an outstanding field trial experience. Facilities at the grounds include a clubhouse, multi-stall horse barn, and adequate parking with spaces provided for over-night camping.

The RLFTC holds the spring trial as a points trial for the National Amateur and Purina Amateur All-Age Awards. Derby Stakes and Shooting Dog Stakes are also run as time allows. This year the trial had a good turn out for what was the inaugural trial for this new location. All three stakes were run allowing competitors time on the grounds.

Placements in all three stakes were determined with adequate ground races and bird work. Mike Small and his White Stryker came to the forefront in the All-Age Stake to win this year's event. Larry Smith and S F Bandwagon earned second. Phillips Off Line, handled by Mike Small, took third. Additional good performances were observed in the All-Age Stake.

The Rend Lake FTC appreciated the attendance and new handlers who came and ran their dogs. We invite you to join us in the future with the enjoyment of dogs, horses and camaraderie. 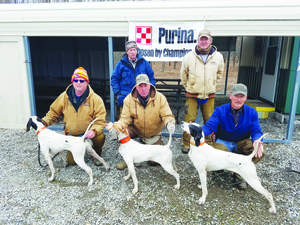 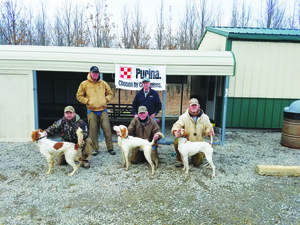