Submitted By: I. M. Stuck 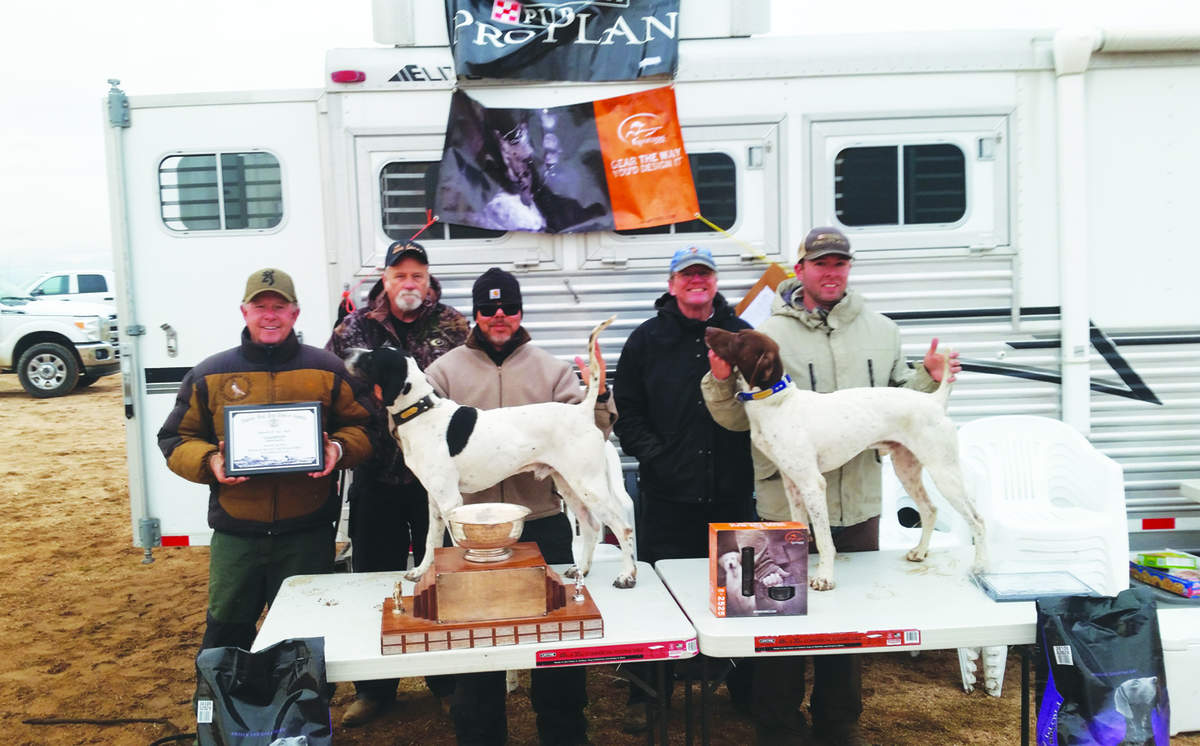 trials going back as far as 1945. With endless wide open country, rolling hills, and some steep mountain rock outcroppings it is a true test of the West Coast all-age dog.

This year we were blessed with good weather. A little rain, as well as some light wind, made the normally dry conditions much better on our dogs and competitors.

We would like to give a special thanks to Purina Pet Food once again for their continued support. SportDog also supported us this year by awarding the winner with a Pro Hunter 2525 e collar.

Also we would like to thank our judges, Joe Gower of Auburn, Cal., and Gregg Knight of Alta Loma, Cal., for their time in the saddle. A thank you to Ed Mayhew and Ed and Linda Dixon for taking care of our lunches as well as Terry Erickson for scouting and bird planting and Glenn Johnson for handling our dog truck duties.

This year's champion was Hale's Main Event, callname Champ, eight-year-old white and black pointer male owned and handled by Bruce Hale of Riverside, Cal. Champ ran a strong forward race. After leaving the breakaway he was seen at 15 heading into the rocky hills straight to the front. At 20 he was found on point where a single quail was produced. He was sent on and once again headed to the front. At the end he was seen headed down course for the distant hills. He turned in a very strong all-age performance.

Named runner-up was B M B's Free Ride, coming five-year-old white and liver German Shorthair male owned and handled by Brandon Blum of Acton, Cal. "Louie" also ran a strong race. He had two nice finds, both to the front. His first half hour was very strong. His second half suffered a bit due to a headwind that seemed to force his pattern to become a bit erratic. Despite his second half he finished handling the course with plenty of punch. 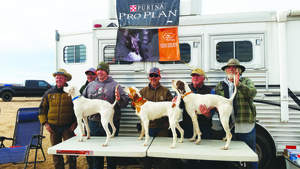