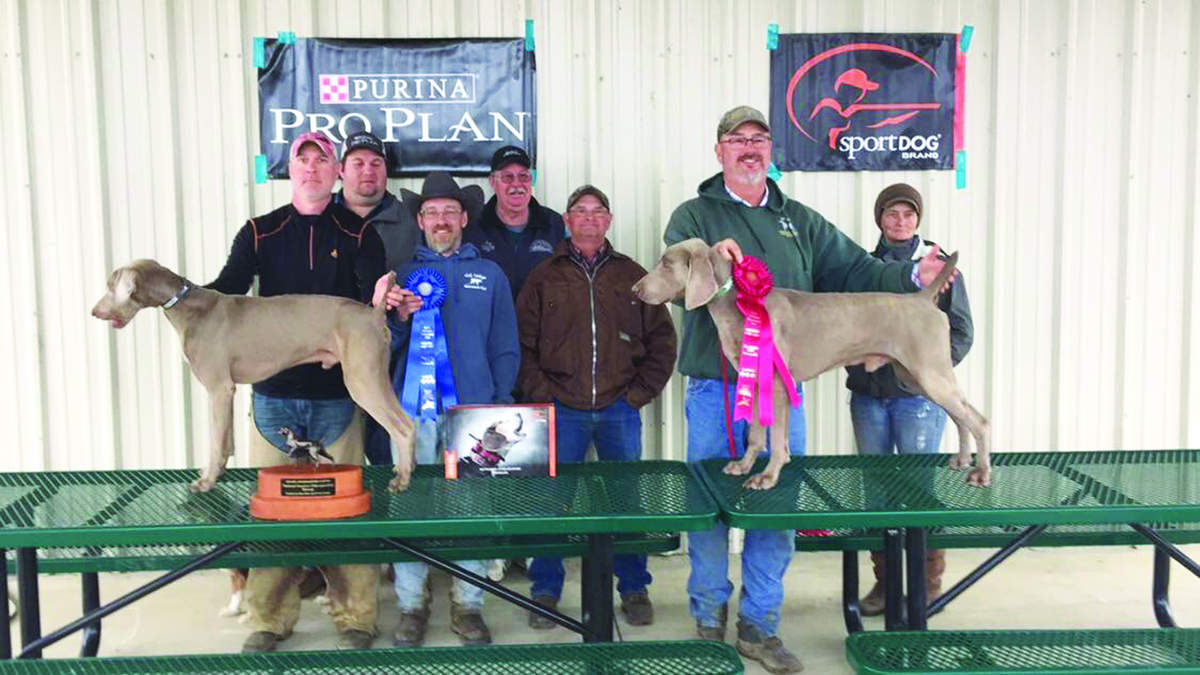 The grounds and company were outstanding as always. It was also nice to see a few new faces among the competitors. The weather cooperated for the most part aside from a little bit of fog and rain that we were able to work around.

Grau Geist's On The Prowl Fins Up (Shark/Diane Vater) and Brymar's All Throttle No Bottle (Nitro/David Reynolds) started independently and handling kindly but with some inconsistency in their patterns. Shark encountered birds twice during his hour, the second was with Nitro close by. Unfortunately the judges were unable observe any actual bird work.

Silvershot's Otto v Knapp (Vater) ran an independent race but lacked the punch the judges were looking for. Silverthorn's Snapper Jim (Michael Green) hit the cover hard and looked in likely places for birds. Unfortunately neither dog was able to find birds.

Neither Heartbeat's Livin For Lumpy's Slim (Vater) nor Brooksberg's Rolling Thunder (Spark/Cooper) was pleasing their handler and both were picked up before time.

Saga's Major Cage (Vater) and Brymar's Six Pack Cuda (Charlie/Reynolds) hunted hard and were checking the lines. In spite of their efforts neither dog was able to pin down a covey during their hour.

She Thinks My Trax Tor's Sexy was not hunting to handler Cooper's liking and was up early. Westweim's Dodge City's Marshal Trax v Edelweiss (Vater) did not fare much better and was up a short while after.

Brymar's Lambeau Leap JDB (Reynolds) was up early after moving on a stop to flush. Heartbeat's Stone Cold Stihl (Vater) hit the cover hard but only produced an unproductive.

Higear's Ottomatic Overdrive (Otto/ Ray Nowell) and Brymar Unser Graf v Braunfels (Reynolds) hunted hard with Graf taking to the cover a bit more. Graf did slam a hard point but when Mr. Reynolds went to flush all he saw was a skunk. The judges did offer him a chance to make the critter fly; however, he elected to move on before causing a stink.

Unfortunately with no clean bird work during the stake the judges had no choice but to withhold all placements.

Runner-up laurels were won by Brymar's Ode to Reiteralm, eight-year-old male owned and handled by David Reynolds of Troy, Tex. 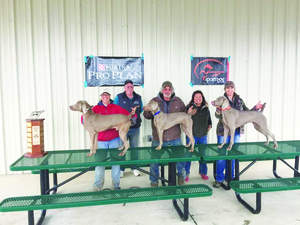