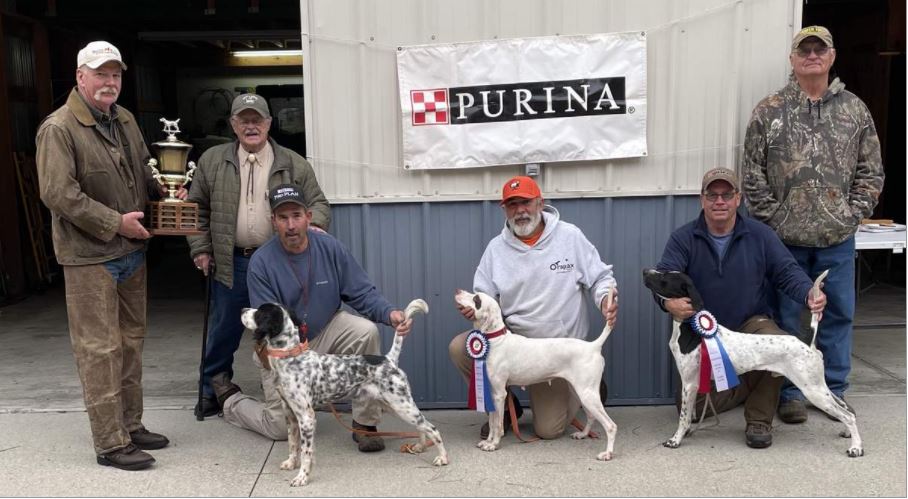 The Hanover Field Trial Association's Fall U. S. Complete trial was held on Saturday, November 6, at the Cohoke Shooting Preserve.

The Association would like to thank Mr. Floyd D. Gottwald, Jr., for allowing the trial to be held on his private shooting preserve. Dennis Bosewell had the facilities in good condition for the field trial. The club is fortunate to have use of these pristine grounds for field trials.

It was a crisp cloudy day. Even though it was a cold day, everyone enjoyed the trial.

We thank Nestle Purina for being the national sponsor of the U. S. Complete weekend and championship trials. Purina is providing discount coupons for their dog food to all dogs who have earned placements in the various stakes.

Charlotte Regensburg and Judy Jones provided lunch. Fried chicken, sweet potatoes, cole slaw and butter beans were served for lunch. The Hanover Club is fortunate to have many members and wives who help make this trial a success. We appreciate everyone's help in making our trial a success. 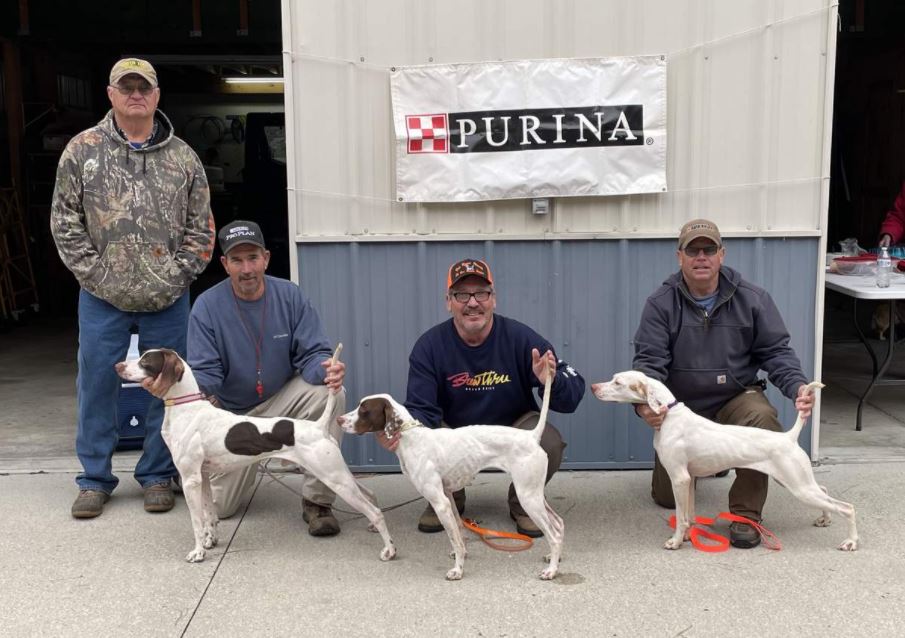 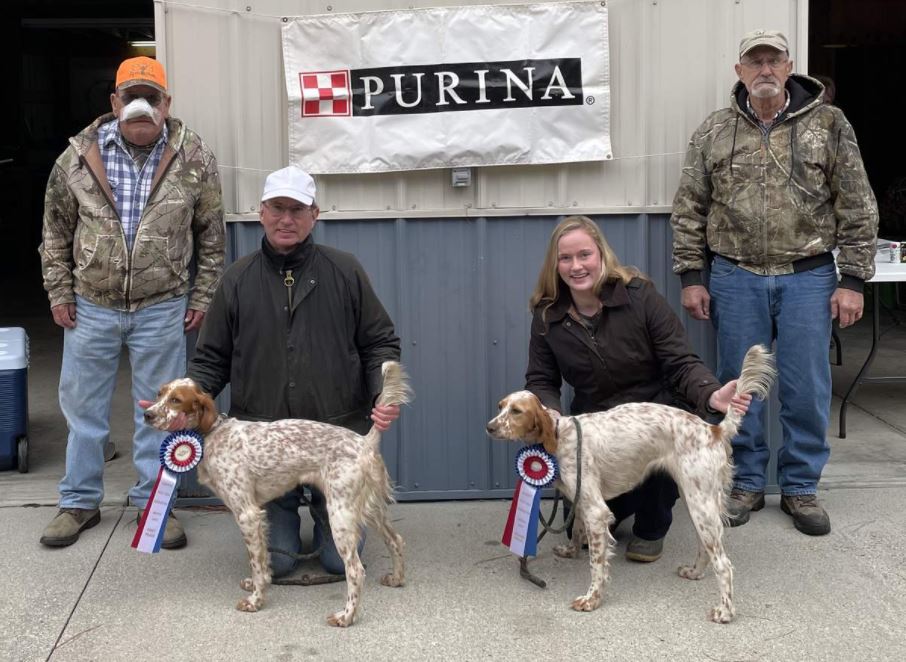 Our judges agreed the puppy stake was one of the best puppy stakes they had seen. All entries ran strong and handled well.

In the shooting dog stake, the judges were given the daunting task of selecting the top 3 performers from the twelve contestants entered in this stake. There were numerous contenders that performed admirably and without fault.

First place was Jack, a setter male, owned by Lee Flanders. Jack had three finds and a back. He was steady and had a nice race to the front. Jack hit all his objectives and finished strong. His performance was without blemish, earning him "Dog of the Day" recognition as well.

The Club would like to thank all the judges, participants and guests for coming and supporting our sport. The Association looks forward to their next U. S. Complete Trial scheduled for the spring of 2022. 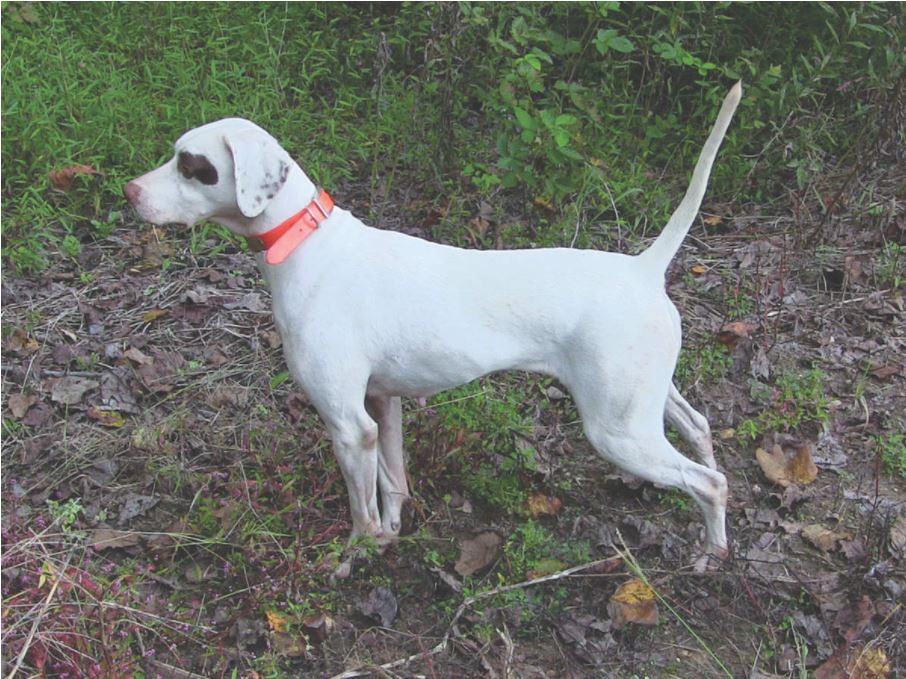