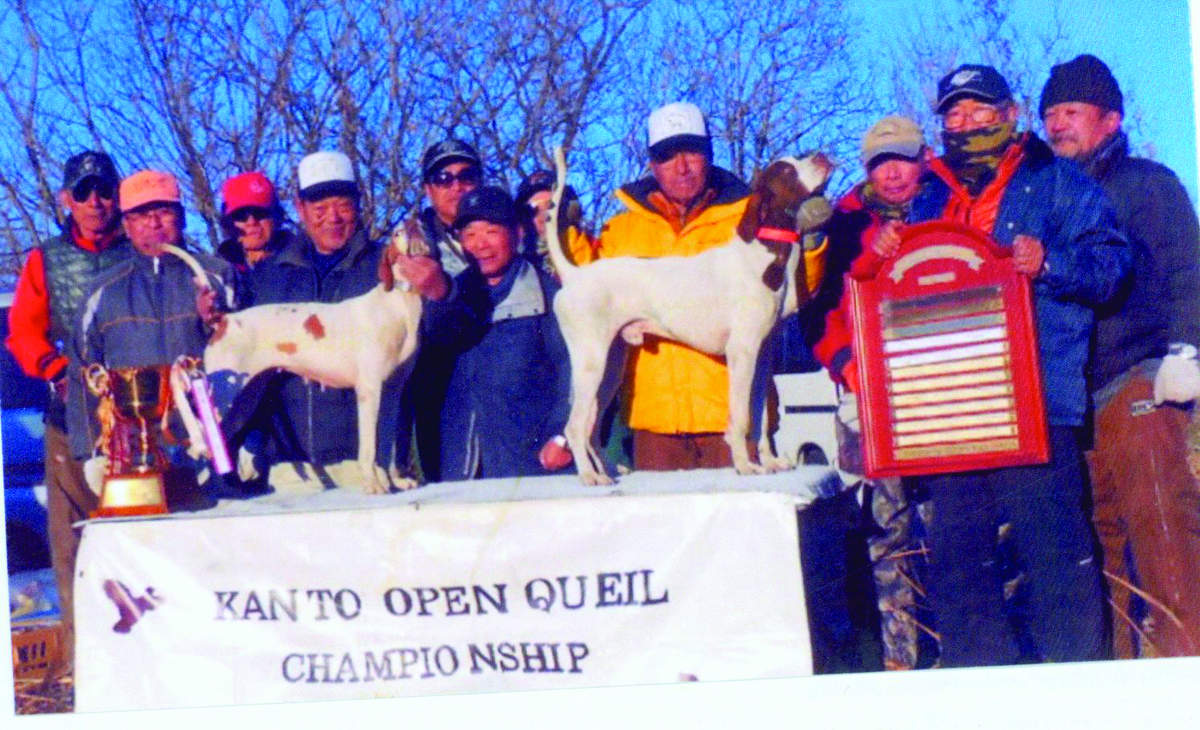 Thank you to Mr. Nakamura for helping a lot of supporters and providing a wonderful field.

The weather on trial day was sunny with a breezy north wind. The temperature was 41 in the morning, around 45 in the afternoon and the humidity was 31%.

As trial chairman I appreciate the club members and owners and handlers who supported me in putting on a successful trial.

Awarded the championship title was Casserole, pointer male owned and handled by Tatsuo Ishino (Shizuoka Pref.). He was wide from the start and quickly discovered game, pointing with good manners and wonderful style in the right back of the course at 13. After his first find he went on to finish the hour with six finds and a powerful run.