The Region 2 Amateur All-Age Championship was hosted by the English Setter Club of America and ran on the state Wildlife Management Grounds at Greenwood, located in Lacey Township down the road from Whiting, N.J.

This year the stake was held to honor longtime field trailer Dr. A Hunter Wilcox.

Louise Wilcox hosted a wonderful dinner to dedicate a beautiful trophy in Hunter's honor commissioned by Region 2. To kick off the dedication, Joe Cincotta read the inscription on the trophy and thanked Louise for her generosity and for all the years she shared Hunter with us. Louise said a few words to those in attendance and it was an emotional gathering for so many. Louise spared no detail in hosting a wonderful event to celebrate Hunter with those who called him friend on the grounds he was passionate about. He will be missed and remembered but never replaced.

Our judges were Wayne Horner and Lisa Pollack, both of nearby Medford and longtime members of the English Setter Club of America. The Amateur Derby was judged by Marcus Ramseur of Sicklerville and Chris Cantanzarite of Scenery Hill, Pa. We thank them for their time in the saddle and attentiveness throughout. Their decisions were well received.

We also like to thank Purina for their continued support of this Championship, Classic and supporting stakes. Purina's support continues to make this trial a great success.

In addition, thanks go to the owners and handlers for continued patronage of this event. Finally, I would like to thank Joe Cincotta who served as chairman this year, in addition to Norman and Matt Basilone, Bob Brooks who handled the dog wagon, Louise Wilcox who prepared the judges' books and other club members who worked behind the scenes to make this one of our most successful trial.

The Region 2 Championship with a very good entry of 23 dogs and began Friday, March 26, and concluded Saturday afternoon. The championship title went to Backcountry Bruiser, white and orange pointer male, owned and ably handled by Chris Cantanzarite. Bruiser ran in the 7th brace and ran a wide searching forward race with stylish quail finds at 16, 35, 45 and 54 minutes. 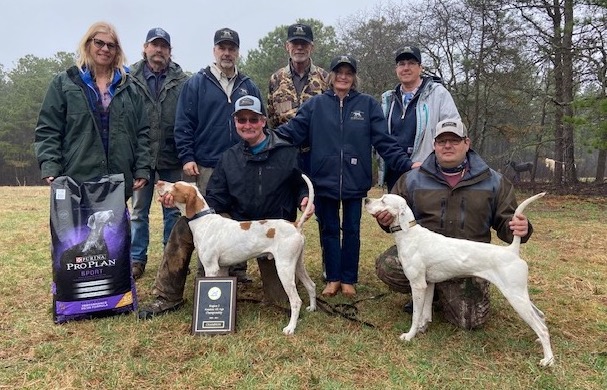 Others that completed the hour in order of running are the following.

In the first brace, Miller's Locked and Loaded (Brian Sanchez) had finds at 4, 10, 17 and a divided find with bracemate, Hank (setter male with Bo Mamounis handling), at 48. Loaded also had two backs at 27 and 37.

In the fourth brace, Urban Fantasy (Marcus Ramseur) had an exciting very wide and swinging with handled all-age race but could did up two finds at 21 and 41. In the 9th brace Calico's Guns and Roses (Alex Smith) scored finds at 5 and 29. Finally, in the 12th brace, Ivy had an unproductive at 5 and a good stand at 12. 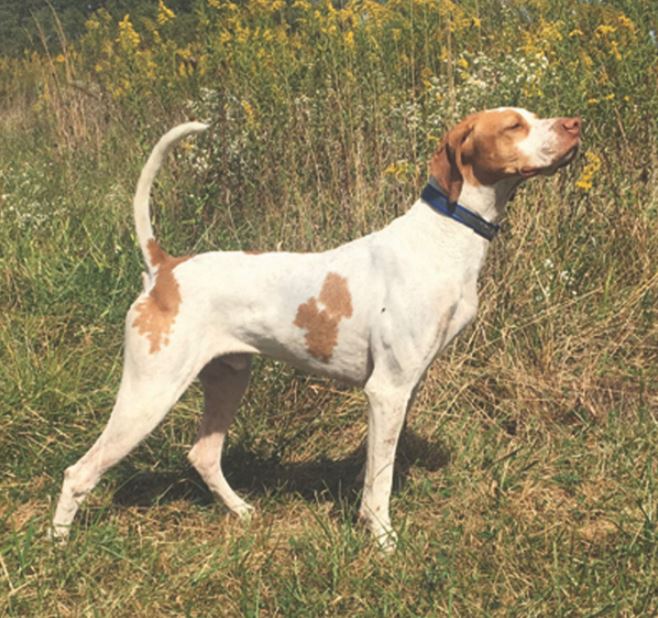 The English Setter Club of America which hosted the Region 2 ran a companion Amateur Derby on Sunday morning following the conclusion of the Championship.

A good stake to get dogs qualified for next year's Championship. 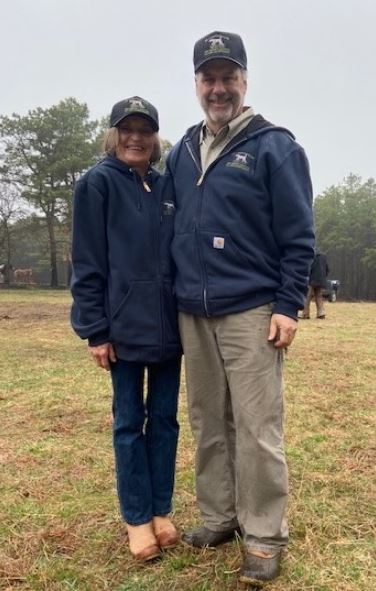 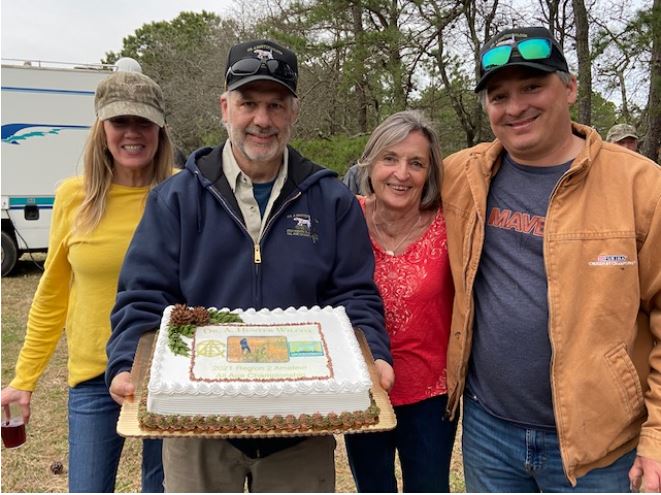