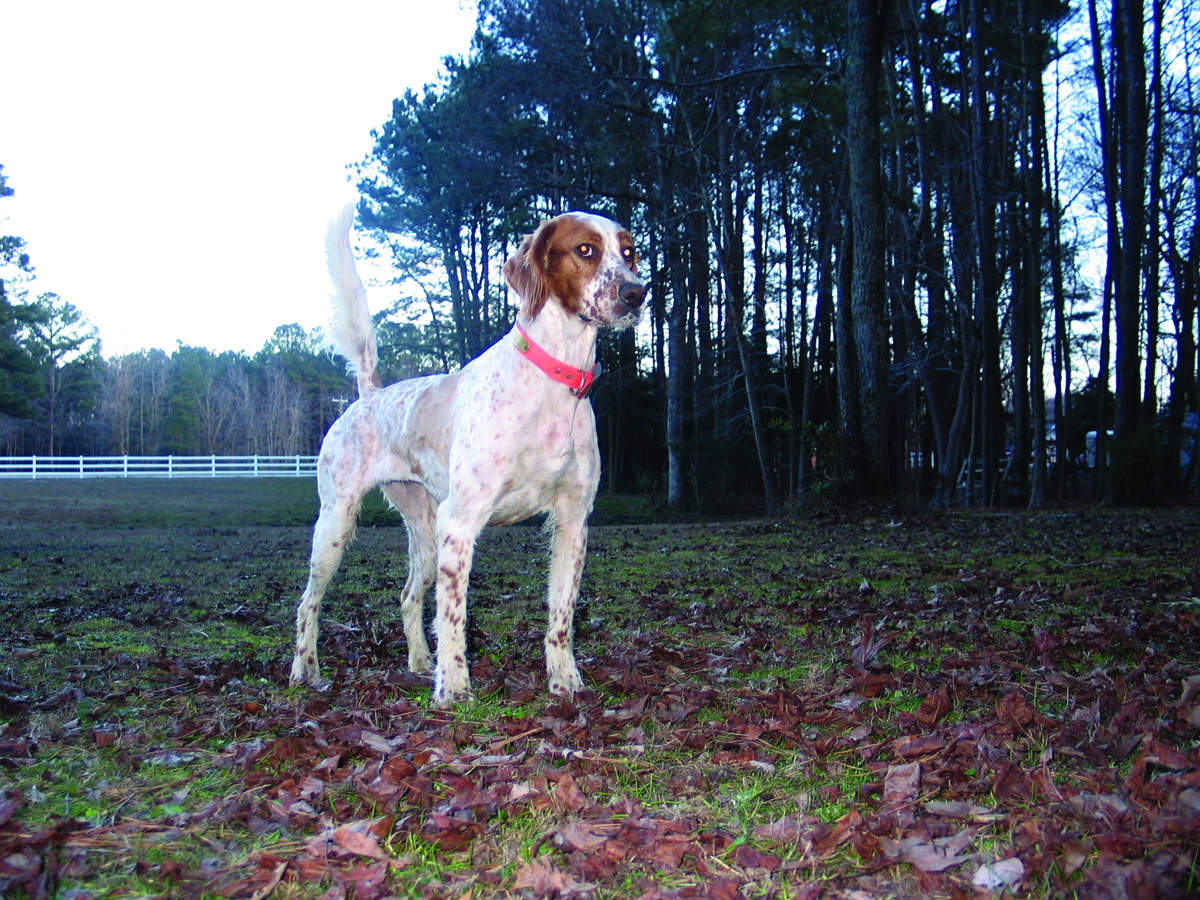 Pinekone Splash First in the Amateur Shooting Dog Stake
SOUTH HILL, VA. -- The Peninsula Bird Hunters Club held a U. S. Complete Shooting Dog trial on January 12. We were once again the guests of George and J. J. Doyle and Linda and Pat Casey. They couldn't have been more accommodating and gracious.

The Casey and Doyle farm is second to none for a walking trial. There is good cover with feed strips. A dog has to handle and run. We are very thankful to them for letting us run our trial on the farm.

Peninsula once again served a fish fry lunch started years ago by the club's founder, Sonny Mason, and now carried on by Lee Flanders with help from his son Double. The fish fry lunch was enjoyed by all and topped off with cole slaw, potato salad and (my favorite) Donna Flanders' "Tired Mama Cake".

Judging the Puppy and Derby Stakes were Lee Flanders and Jeff Smith. The Shooting Dog Stake was judged by Arnold Ripley and Ted Riley. We appreciate them taking time out of their busy schedules to judge. Their decisions were well received.

We thank Purina for the support of the U. S. Complete Shooting Dog Association as well as all of the handlers and everyone who helped and supported the trial.