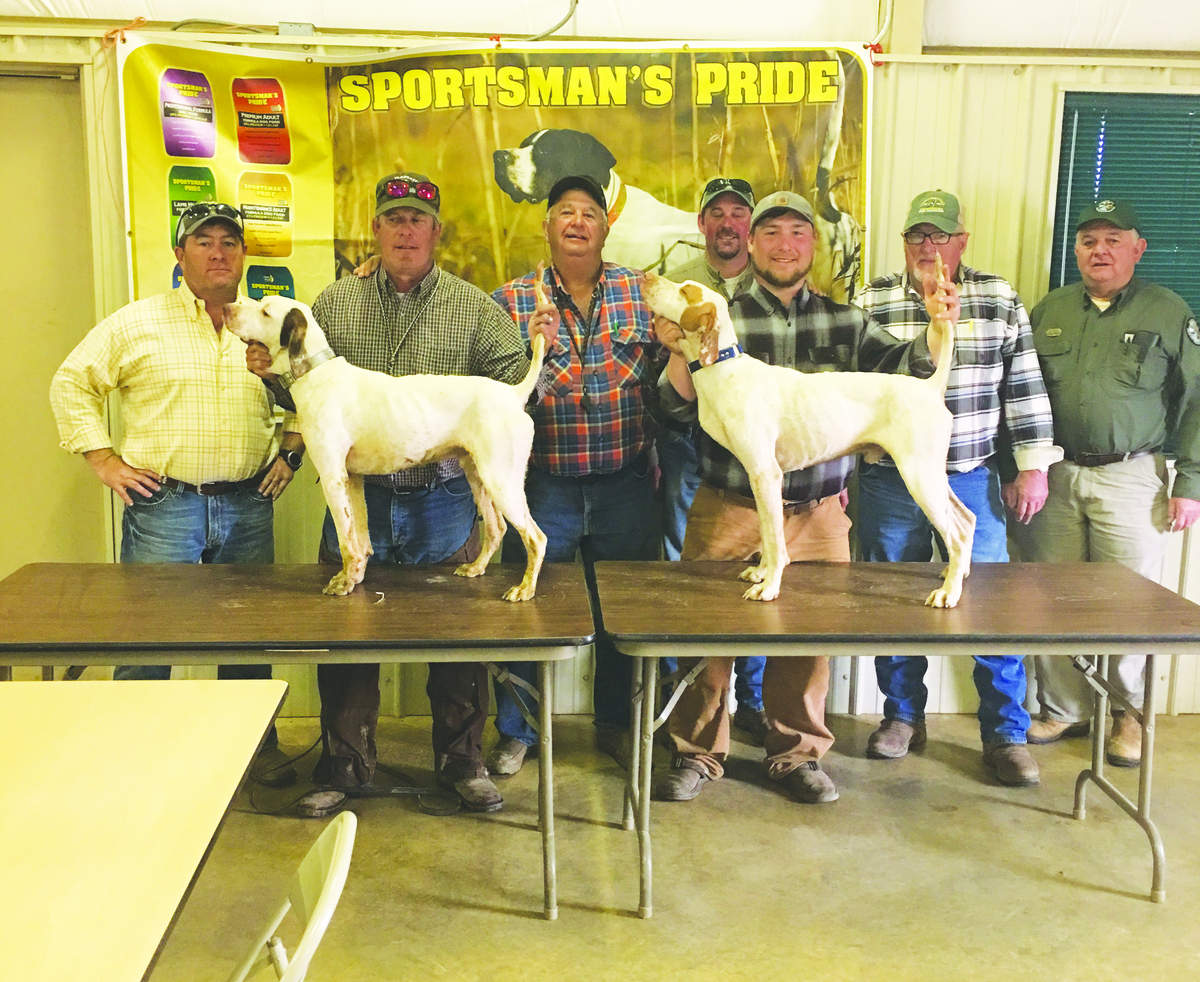 We would like to thank several people who have helped so much to get this trial going again. Thanks to Josh Nunley and Jack Griffin with the Mississippi Department of Wildlife, Fisheries and Parks and the State of Mississippi.

Also thanks to Guy and Burke Hendrix of Hernando, Miss., for all of their help and support.

A big thanks to Hoyle Eaton for the help some years back of securing the grounds at Hell Creek.

Judges for the 2019 Southern Championship were Burke Hendrix of Hernando, Miss., and Jeremy Taylor of Rienzi, Miss. They did an excellent job watching all the competing dogs with utmost attention.

The inaugural Southern Championship was held in 1954. The winner was Wayriel Allegheny Sport, handled by Hall-of-Famer Herman Smith. Sport concluded his career when he won the National Championship in 1957.

I believe the Hell Creek venue is the premier all-age grounds in the South.

We could not have this trial without the dedicated owners and handlers who support the sport. Again, thank you so much.

In the first brace were Coldwater Spectre (Weldon Bennett) and Quicksilver Sir Nick (Steve Hurdle). Spectre had his first find at 24, a second at 58 and was found pointing at time. Sir Nick had no bird work.

Cole Train (Randy Downs) was lost at breakaway. Rebel Maiden (David Williams) had finds at 2, 10 and 38. The retrieval device was requested at time.

Coldwater Thunder (Hurdle) had one find at 38 with a big race. Miller's Speed Dial (Lester) had a find at 30, backed Thunder at 38, and a second find at time. He also ran a big race.

Coldwater Odyssey (Bennett) was picked up at 20. Erin's Black List (Hurdle) had a find at 57.

Lester's Sunny Hill Jo (Lester) had an unproductive at 38 and backed Ransom's Jack Flash at 54. Jack Flash (Hurdle) had a strong race with a find at 54.

Erin's Calvin Klein (Hurdle) and Coldwater Stoner (Bennett) followed. Calvin Klein backed Stoner at 23 and had a strong race. Stoner had a find at 23 and an unproductive at 45. He was picked up.

B K Ransom (Hurdle) had a good race but no birds. Lester's Pete Rose (Lester) had a find at 40 with a good race.

Neither Rebel Pirate (Williams) nor Blackhawk Diana (Hurdle) had birds. Their races were moderate.

Game Bo (Downs), as a bye, was erratic with an unproductive at 40 after which he was picked up.

Brace No. 1 -- Coldwater Thunder and Lester's Storm Surge. Thunder had a find at 20 with Storm Surge backing. She then had a 25-minute absence and went on to finish to the front. Unfortunately she couldn't come up with any more birds. Storm Surge had an unproductive at 45, followed by a find at 1:10 and another at 1:30. His race was to the front but not as strong as in his qualifying heat.

Miller's Speed Dial had his first find at 35 and a second came at the one-hour mark, with Ransom's Jack Flash backing. Both dogs were seen standing at 1:05. Handlers called flight of birds but nothing was seen officially. Hurdle asked for his retrieval unit at 1:15. Speed Dial finished deep in the pines.