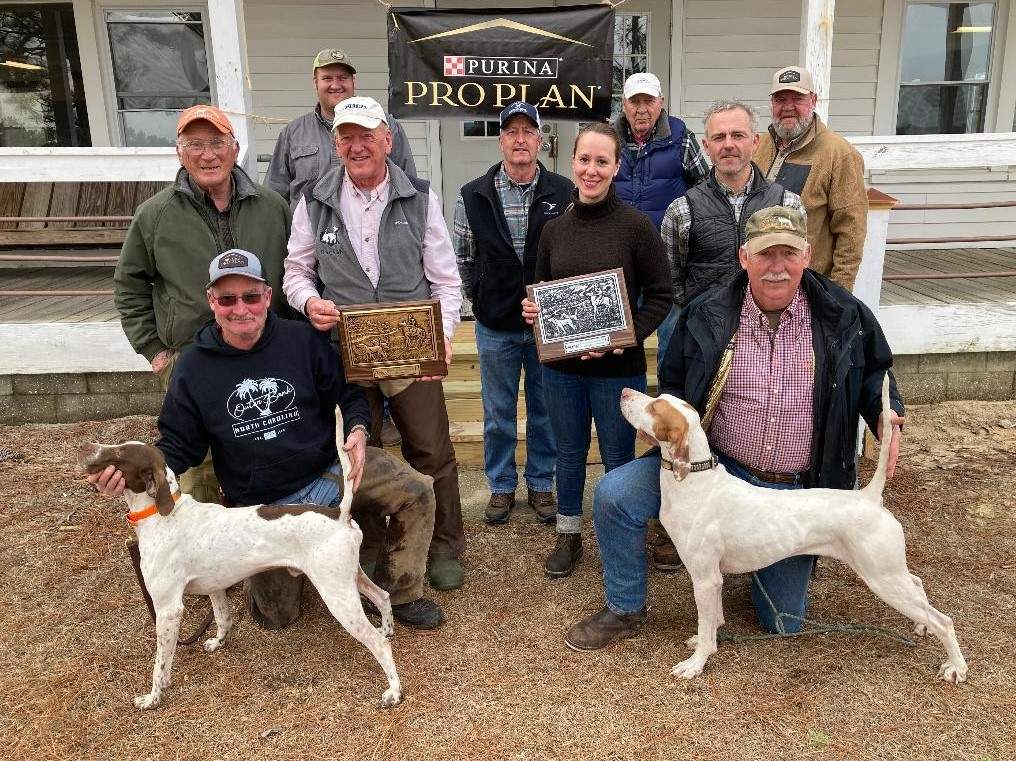 The trial was buffeted by severe weather and weekday dates that affected the draw. However, the hardy persisted and the trial went on as advertised.

A cold morning when the trial began, with intermittent driving rain. Temperature 35 .

In the first brace, One Last Time, pointer female with Nan Hilliard was scratched. Clayhill T Bone, Harry Cook's pointer male was picked up at 30.

Mac's Real McCoy, pointer male with Tim McClurg was picked up at 30. Setter male Bozeman Rex with Ben Dillard, had one find and an unproductive.

In No. 3, Lefever, pointer male with Gary Miller one find and two unproductives.

Chris Catanzarite's pointer male Springflow's Backcountry P, had one find, a rabbit find, and an unproductive in a big, forward race in miserable conditions to earn the top spot

Brace No. 7 had Backcountry Missy, pointer female with Chris Catanzarite. She was lost. Neely's Businessman, John Neely's pointer male, had a big race and one covey find to earn runner-up honors.

In No. 9, Suemac's Tiger Rose, Roger McPherson's pointer female had no birdwork. Backcountry Girlfriend, Chris Catanzarite's pointer female, had a pair of unproductives.

Chris Catanzarite was also in the final brace with Backcountry Bruiser. He was lost. Bracemate Luxy, pointer female with A. Cerafolini only had only an unproductive for her efforts.