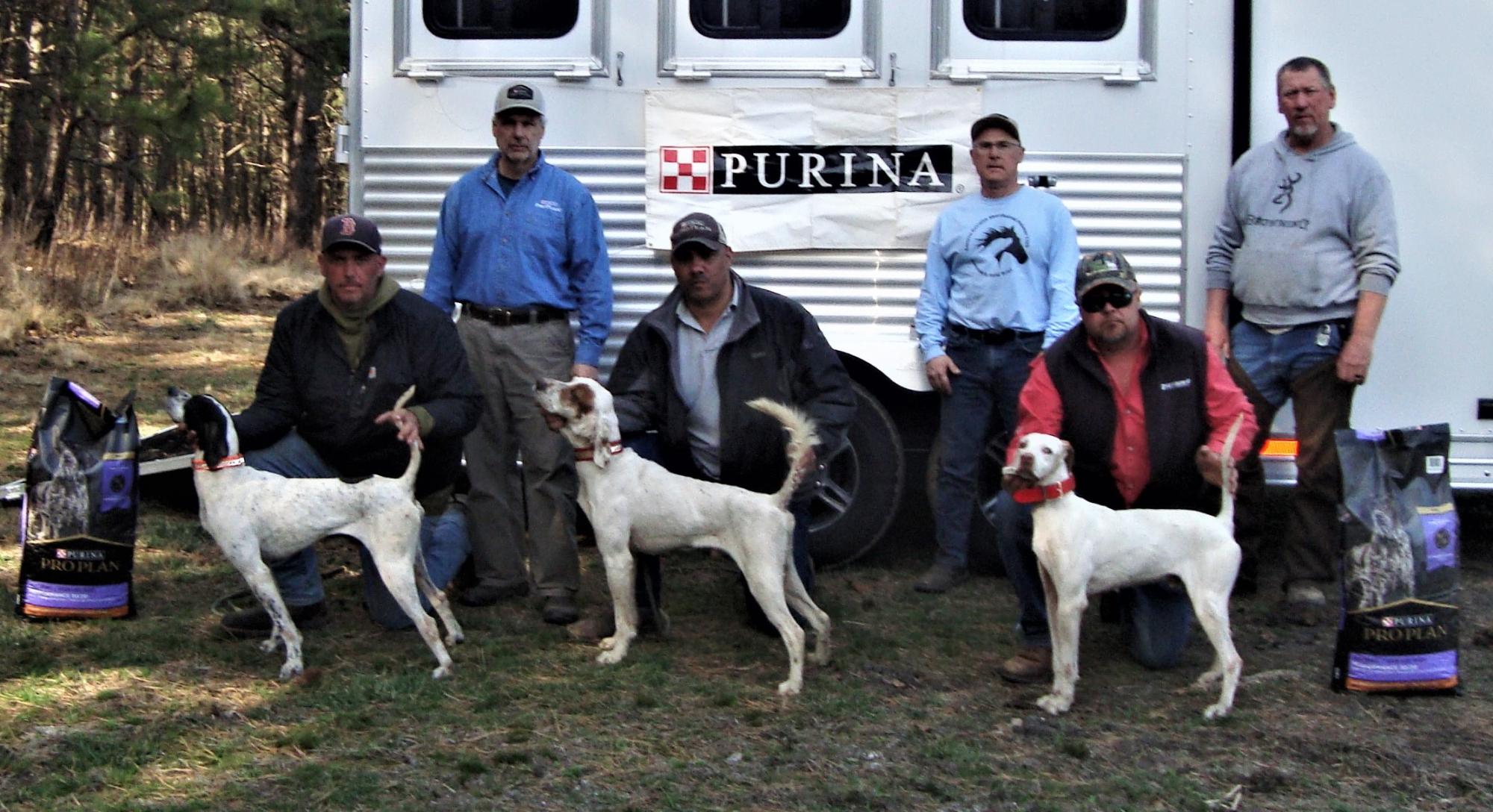 The English Setter Club of America Garden State Shooting Dog Classic program started Monday March 21 and concluded Sunday March 27. The weather was great except for some misty rain intermittent on a couple days.

The club would like to thank Purina again this year for their continuous support of this event as well as supplying dog food to the winners. It was most appreciated. Next, I would like to thank Joseph Cincotta, our trial Chairman, and John Frank, the trial secretary, who did most of the work in putting this event together. Others who did a lot of the work were Matt and Norman Basilone with the bird planting and Bob Brooks who did the dog truck all week. A trial is not a success without these very vital tasks. We would also thank Louise Wilcox who supplied lunch for everyone on Saturday and Chris Catanzarite who provide a great catered Italian Dinner for all on Saturday evening. Chris was winner of the Region 2 Amateur All-Age last year and due to cold weather last Saturday it was decided to have it during the Amateur Shooting Classic. It was a good decision and everyone had a great time.

Our judges this year were John Frank of Medford. NJ and Dan Jolly of nearby Chatsworth, NJ in the Garden State Open Shooting Dog Classic. Dan Jolly also judged the Open Derby with Bo Mamousis of Newfield, N. J. In the Amateur Shooting Dog Classic, we had Jeffrey Drogin of New York, NY with Joseph Buchanan of Brick, N. J. In the final stake, the Amateur Derby, our judges were Marcus Ramseur of Newfield, N. J., and Matt Basilone of Pittsgrove, N. J. We thank them all for their time in the saddle and attentiveness throughout. Their decisions were well received.

This year we utilized an alternate counter-clockwise course for the hour stake taking in the extreme northern limits of the grounds and then switching to the inner north and south loops before starting over on a continuous course layout. It provided a nice flow for dogs and handlers and plenty of bird work for all since there were a lot of quail left over from the Region 2 Amateur All-Age which concluded Sunday.

The Garden State Open Shooting Classic had good entry of 16 top shooting dogs. Emerging the winner was Ravenwood Throwing Smoke, white and black pointer male, owned by Joseph Cincotta of Stockton, N. J. Smoke ran in the 2nd brace Tuesday morning (8th brace overall) and scored on four perfectly mannered and stylish quail finds. His race was always forward with good range to best the field this day. Taking the second spot was Limbsmoke Skeet Rock, eight-year-old setter male, owned by Lloyd B. Miller of Bensalem, PA. Rock ran in the 9th brace and did also a great job. He had six real good stands with one unproductive. He ran a large searching race and finished with big move going out the shoot field as time was called. Both the 1st and 2nd place dogs were ably handled by Matt Basilone of Pittsgrove, NJ. Third place went to Miller's Unbridled Forever, eight-year-old pointer male, owned by Great River Kennels and Neil Walker and handled by Brian Sanchez of Central Islip, NY. Unbridled ran in the 1st brace Monday morning and had six really nice and stylish quail finds coupled with a wide searching race. A really good performance which held up until being edged out by the dogs above who ran Sunday morning. Others that had some nice efforts were the following: in the 1st brace, Deerfield Game, pointer female, running with Unbridled had five quail finds and one UP with a good race. BK Ironclad in the 5th brace had four good stands and bracemate Hyhope Chipper scored with two finds, two backs and one UP. Ravenwood Charlie, setter female, running in the 1st brace Tuesday had two nice finds and two backs of bracemate and one UP. Finally, Limbsmoke Star Girl, pointer female, had a nice effort on the ground and dug up three stylish stands with a sole unproductive. Others who were getting it done but had either miscues on birds or were lost. It was really competitive stake with many strong performances.

In the Amateur Shooting Dog Classic and taking the top spot with another excellent performance this week was Miller's Unbridled Forever handled by Brian Sanchez. Unbridled had seven standout finds with a really big forward searching race. A great job by handler and equally by the scout who found Unbridled pointing on two deep in dug up stands. Second place went to Nottingham's Storm Warning, white and orange pointer male, owned and handled by Roger Dvorak of Elkton, MD. Warning really showed off his great nose scoring nine times with a great forward race. Third place was Backcountry Missy, white and orange pointer female, owned and handled by Chris Catanzarite of Scenery Hill, PA. Missy ran in last brace Friday afternoon and scored four times, one being a turkey, with great style and class to get the final spot. It was a really great stake with a good field of 26 top shooting dogs where 14 of which completed the hour. 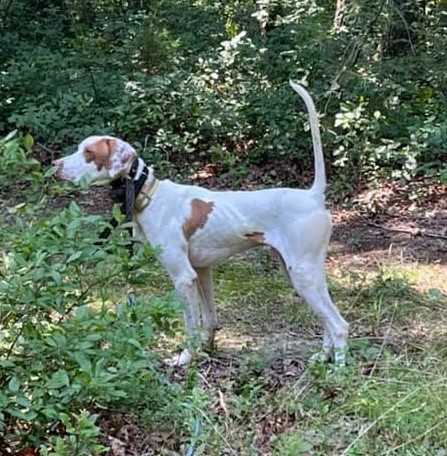