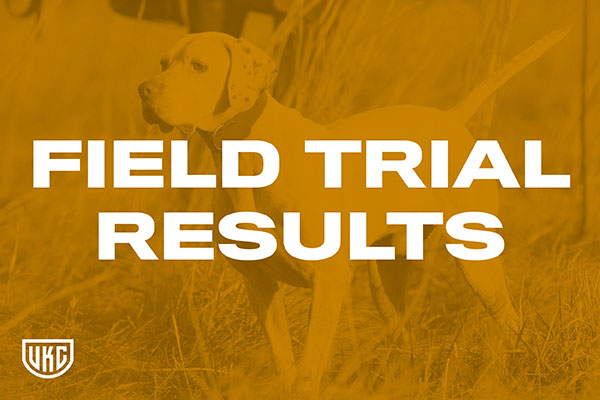 The Highland Field Trial Club had a great turn out for our spring 2022 kick-off for the Michigan field trial season.
Being the first trial of the season, there is always a high stressed feeling of watching the weather, getting the birds and securing the judges.
The States of Michigan, Ohio, Pennsylvania and Wisconsin were represented for the trial.

After a testy Spring of snow the grounds cleared up nicely, although Saturday was a constant rain that tried Dog, Man and Judge.

The Highland Field Trial group members would like to thank all the judges for their keen eye on some well trained dogs.
President Ronald Sposita gifted all attendees with another knock-out Lunch and Bob Wheelock's wife Diane Provided her World Stopping famous Carrot Cake for Tom Vanecek's Birthday.
Again, the Highland Field Trial Club thanks all who attended.