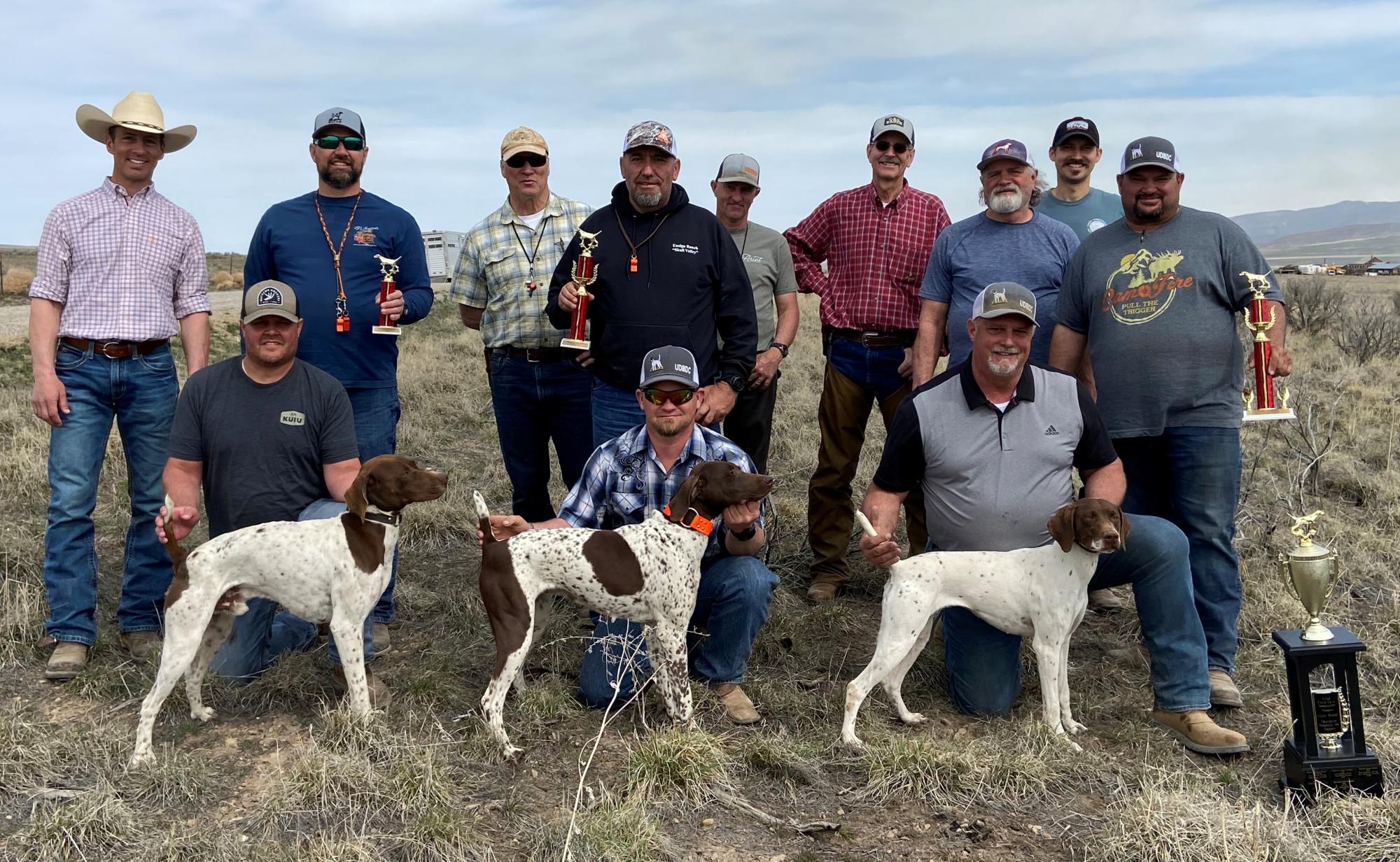 The Utah Field Trial Association held its spring field trial at Howell, Utah on March 26, 2022. We would like to thank the judges, Dan Campbell of Salt Lake City, Utah; Mike Mathews of Rockland, Ida; Art Cox of Eagle Mountain, Utah; and Matt Solt of Salt Lake City, Utah; for their willingness to put in their time and commitment to each brace. We would also like to thank Jered Anderson for providing the grounds where everyone enjoys some wild birds on the gentle foothills. We appreciate having strong support from Scott Evans every year with planning and holding the club's field trial, and also to Brett Burgi as the trial marshall and throughout the day with bird planting and help with anything that was needed.

The Open Shooting Dog stake drew 8 entries. First place was awarded to Rock Hard Platinum ("Harley"), a 2 year-old liver and white GSP female owned and handled by Art Cox. Harley broke away westward towards the foothills with speed and a strong, forward race. She was found standing to the front, against a sagebrush patch, with high head and tail. A quick flushing attempt produced a single chukar for her. She continued hunting the extreme edges of the course, through a gate, and found pointing at some thick sage where handler produced some feathers from a bird that had left the scene. Harley finished her brace, strong to the front where she was gathered up at time.
Second place in the shooting dog stake was awarded to T A K's Hail on Wheels ("Kilo"), a 6 year-old GSP female owned and handled by Tom Kosmack. Handler asked scout, Dustin Hamilton, to ride over a crest where Kilo was found standing. Multiple chukars were visible to judge and handler upon approach. When handler dismounted, several birds flushed with Kilo showing great intensity and manners through flush and shot. After this find, Kilo quickly gained the front, finishing strong and forward. Tom and Kilo have been very successful this spring, garnering several placements in different trials.
Third place was awarded to K O's Pistol Packin Pete ("Pete"), an 18-month GSP male owned and handled by Kyle Oxborrow. Pete had a large shooting dog race, hunting and searching with big moves to the front. Pete is a young dog that also placed in the subsequent derby stake later that day.