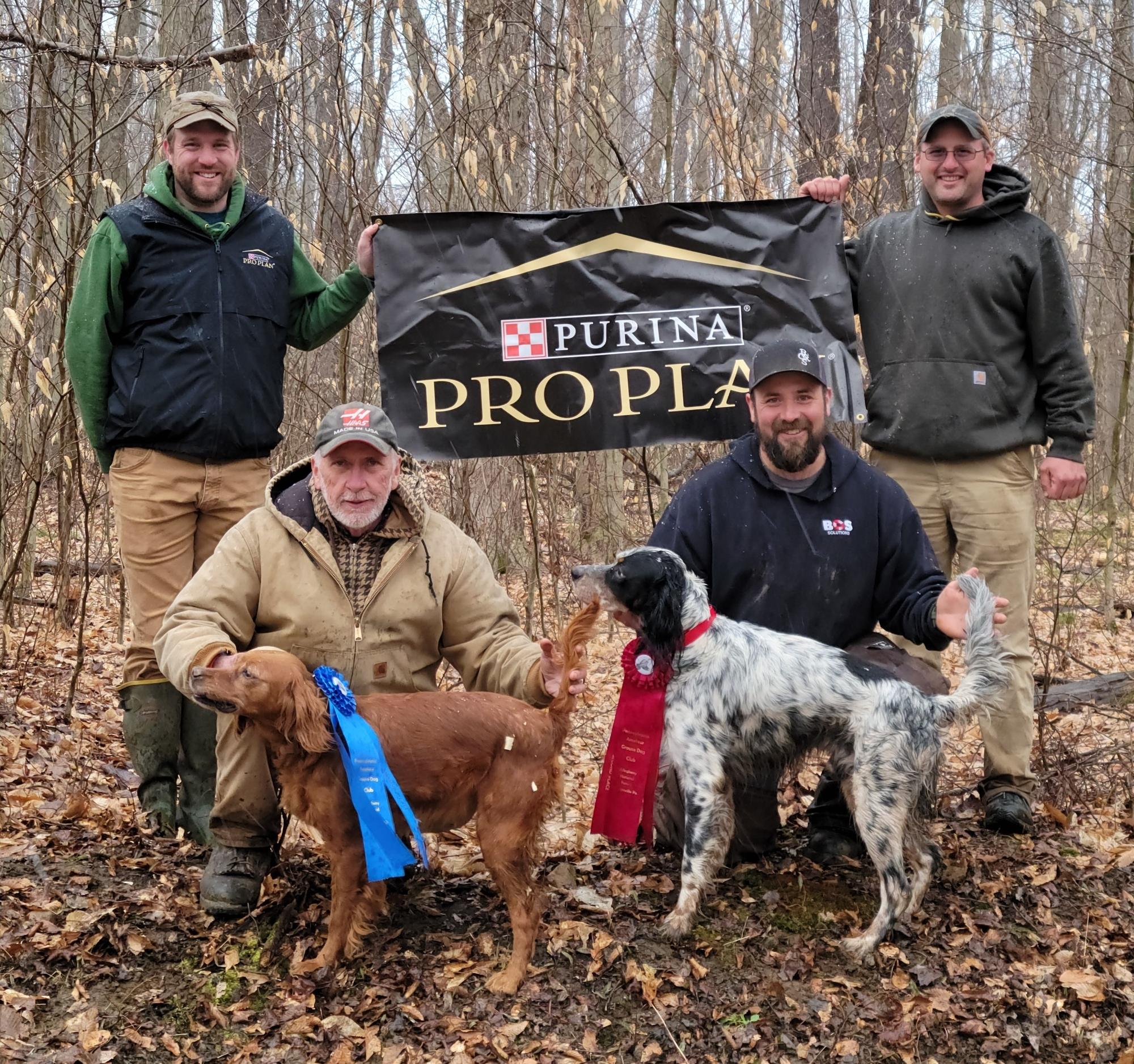 On April 9th and 10th the Pennsylvania Amateur Grouse Dog Club held their spring trial at the Marienville trial grounds in the Allegheny National Forest. Thank you to everyone who entered dogs and gave their time to help this trial run. Dave Duel was on hand to help move cars and pick up lunches along with many other tasks that were essential to the trial running smoothly. I would also like to thank the judges, Mark Hughes and Robert Boos, for giving their time. The weather presented its own set of challenges with sleet during the all-age on Saturday and snow delaying the start on Sunday.

The Amateur All-Age ran Saturday afternoon following the conclusion of the Venango Grouse Trial Club. Taking home first was Conneaut Creek Lake Erie Storm, a Red Setter female, owned and handled by Al Fazenbaker. Stormy scored on a woodcock around 40 minutes and continued attacking the course with veracity for the entire brace. Pine Swomp Woody, a tri-color setter male, was awarded second for owner and handler Nicholas Blakley. Woody had a forward searching race hitting all likely points of cover.

Thank you to Greg Blair and Purina for your support of our trial.
Thank you to everyone who came out and supported the trial! We look forward to seeing you at future stakes.
Marienville, Pa., April 9
Judges: Mark Hughes and Eric Munden
AMATEUR ALL-AGE [One-Hour Heats] - 1 Pointer, 3 Setters and 1 Irish Setter
1st--CONNEAUT CREEK LAKE ERIC STORM, 1651488, Irish setter female, by Come Back Superfire-Come Back Bee Gee. Al Fazenbaker, owner and handler.
2d-PINE SWOMP WOODY, 1675869, setter male, by Full Blast-Jar's Way Shirley. Nicholas Blakley, owner and handler. 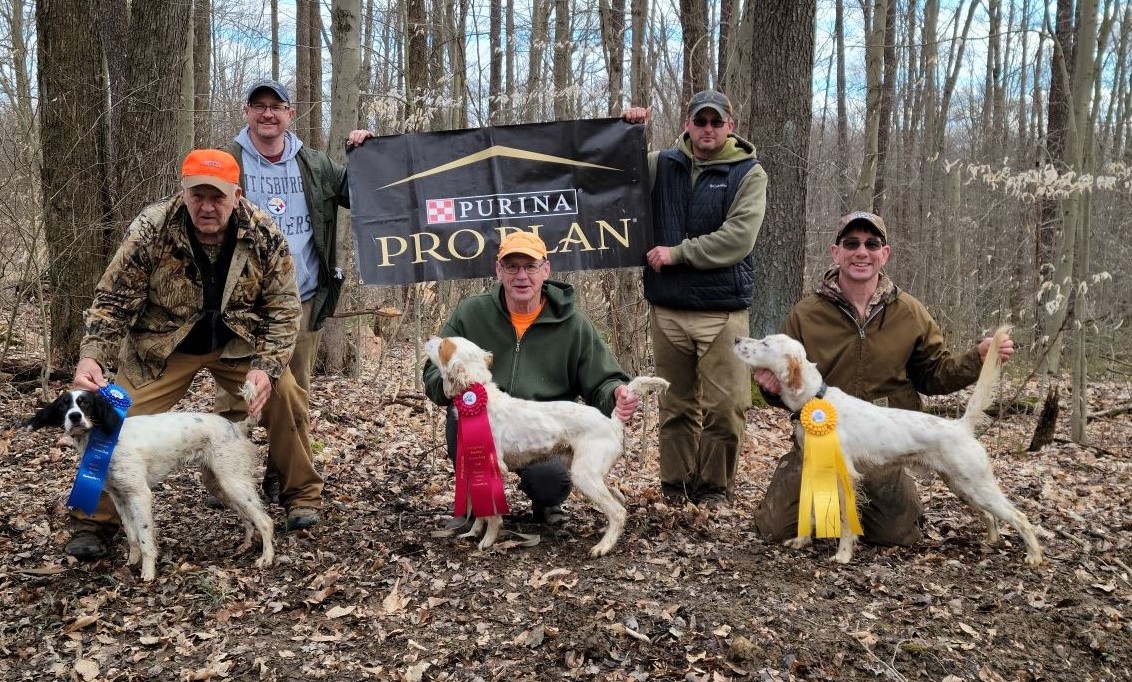