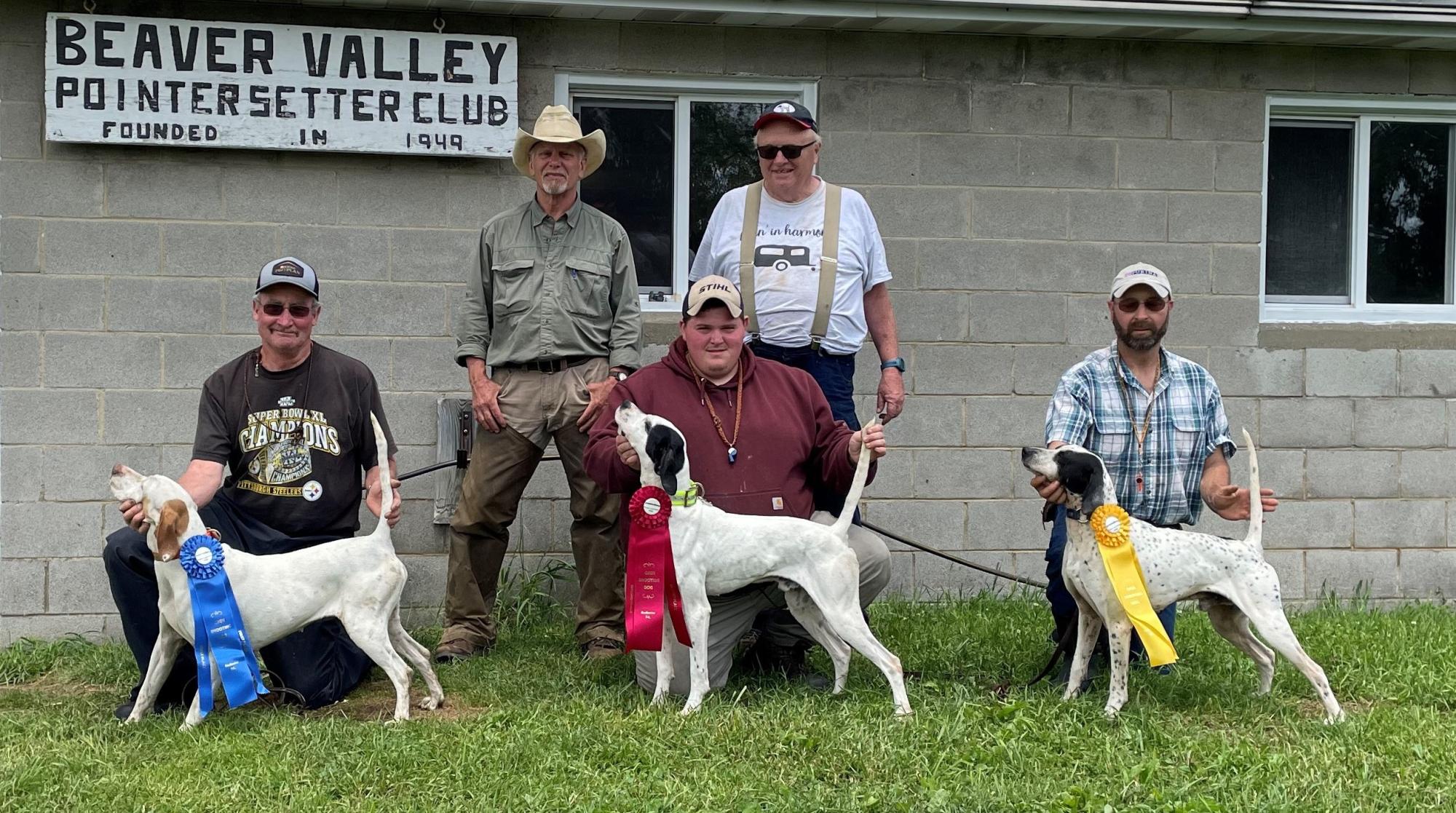 The Greensburg Pointer and Setter Club staged their annual spring trial on May 27-28 over the time honored grounds near Rochester, Pa owned by The Beaver Valley Pointer and Setter Club. Six stakes were run, five of them sanctioned by the U. S. Complete organization in conjunction with the Pennsylvania Walking Shooting Dog Association. Additionally, one stake featuring horseback handling, namely the H. H. Cahoon Open Shooting Dog was also included on Saturday.

Accolades are extended to Dave Park for handling all of the pre-trial arrangements and the duties of field trial chairman. Dave was assisted by a team of willing volunteers who pitched in to handle bird release, marshaling, food for lunches and paperwork matters including your reporter, Chris Catanzarite, Justin Mason, Eric and Krista Munden, Reese Carroll, Nick Lasica, Norm Meeder plus several I may have missed but know that you are appreciated.
Purina, a first class company that has supported our sport for countless years, sponsored the event. Thanks once again.

Weather conditions were quite nice for this time of year with cool cloudy conditions prevailing after an early morning shower on Friday.
The club appreciates our worthy panel of j
udges that included Nick Lasica and Sarah Gomes for the puppy, Tim McClurg and Chris Catanzarite for the open derby, Tim McClurg and Norman Meeder for the Open Walking Shooting Dog, Eric Munden and Brooke Lanning for the H. H. Cahoon stake, Nick Lasica and Dave Park oversaw the Amateur Derby and Brooke Lanning teamed with Tim McClurg for the Amateur Shooting Dog. All placements were received with applause.

The program kicked off Friday with the Open Puppy stake where all three winners demonstrated potential for the future, first placed Backcountry Pure Gold a bit wider in ground coverage than the others that placed.

Wildland Sweet Caroline was awarded a very deserving first in the open derby with a fast forward ground effort and advanced bird work. Caliber Peak Hundred Proof earned second with a fancy way of going and stylish bird work with slightly less maturity than the winner. Miller's Hopped Up Version earned third with a forward race and single contact.

Saturday morning the H. H. Cahoon Open Horseback stake was held with Backcountry Missy taking top honors with a far flung ground effort and perfect bird work that Mr. Cahoon (The Sage of Ben Avon, Pa.) would have marveled at. Second went to Mac's Real McCoy who is no stranger to the winner's circle. His ground race and bird work was quite commendable. Backcountry Bruiser, litter brother to the winner took third with an effort that pushed the winners to the limit with an impressive effort.

Miller's Hopped Up Version was first in the Amateur Derby with a classy ground effort and bird work that left little doubt that she will contend as a shooting dog next fall. B K LaPaloma Blanca won second with a classy medium range ground race but was less mature on bird work. Double Deuce Jack was third with a far-flung race showing a classy way of going and acceptable bird work.
Waybetter Butch added his second placement of the trial with a first in the amateur shooting dog stake. Butch hunted forward and aggressively with polished bird work to earn the blue ribbon. Wildland Warrior finished second with a hard driving forward race plus demonstrated perfect deportment on her birds. Cal Peak Hundredth Meridian rounded out the placements with a far ranging ground race and stylish bird work. 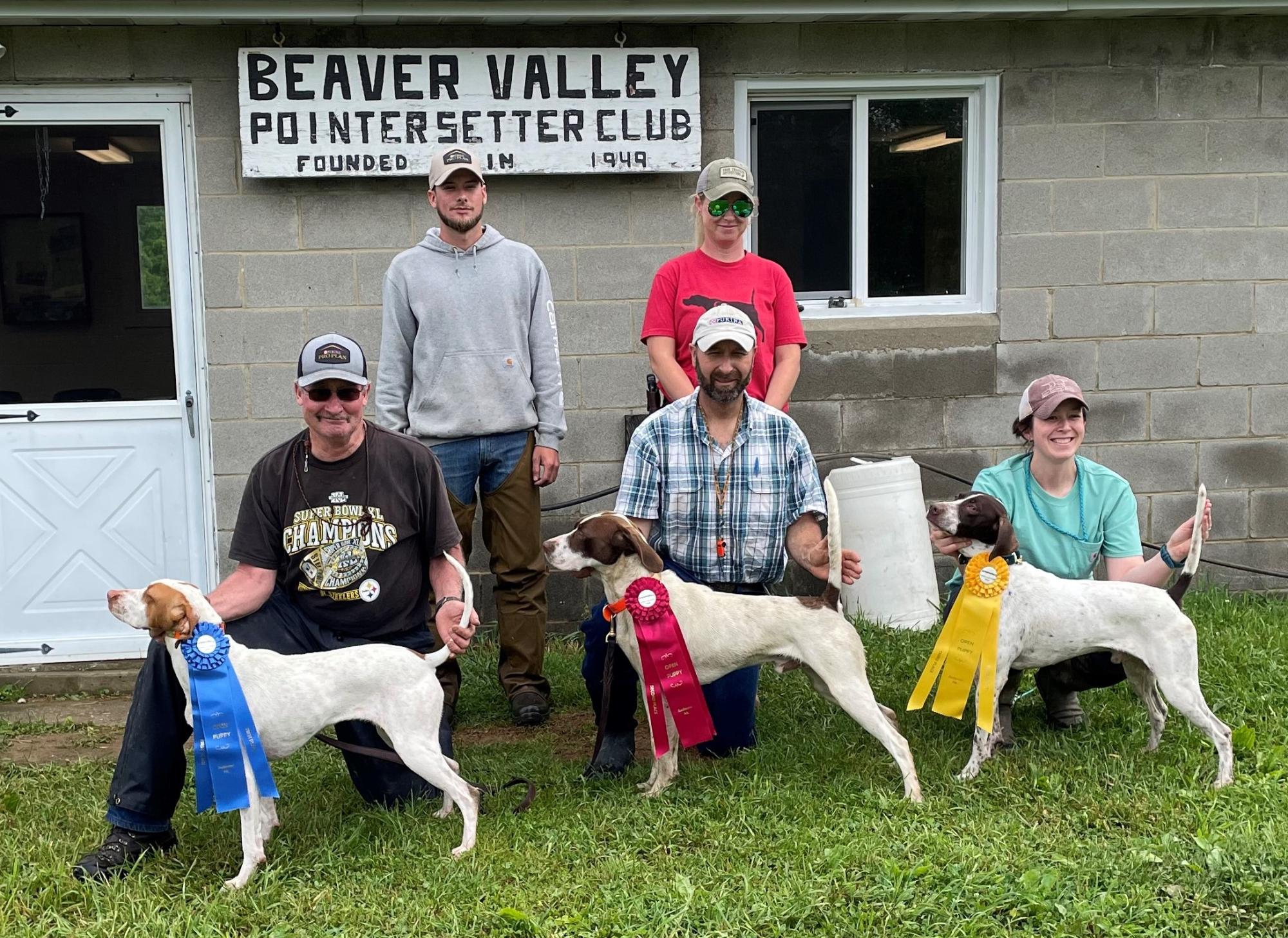 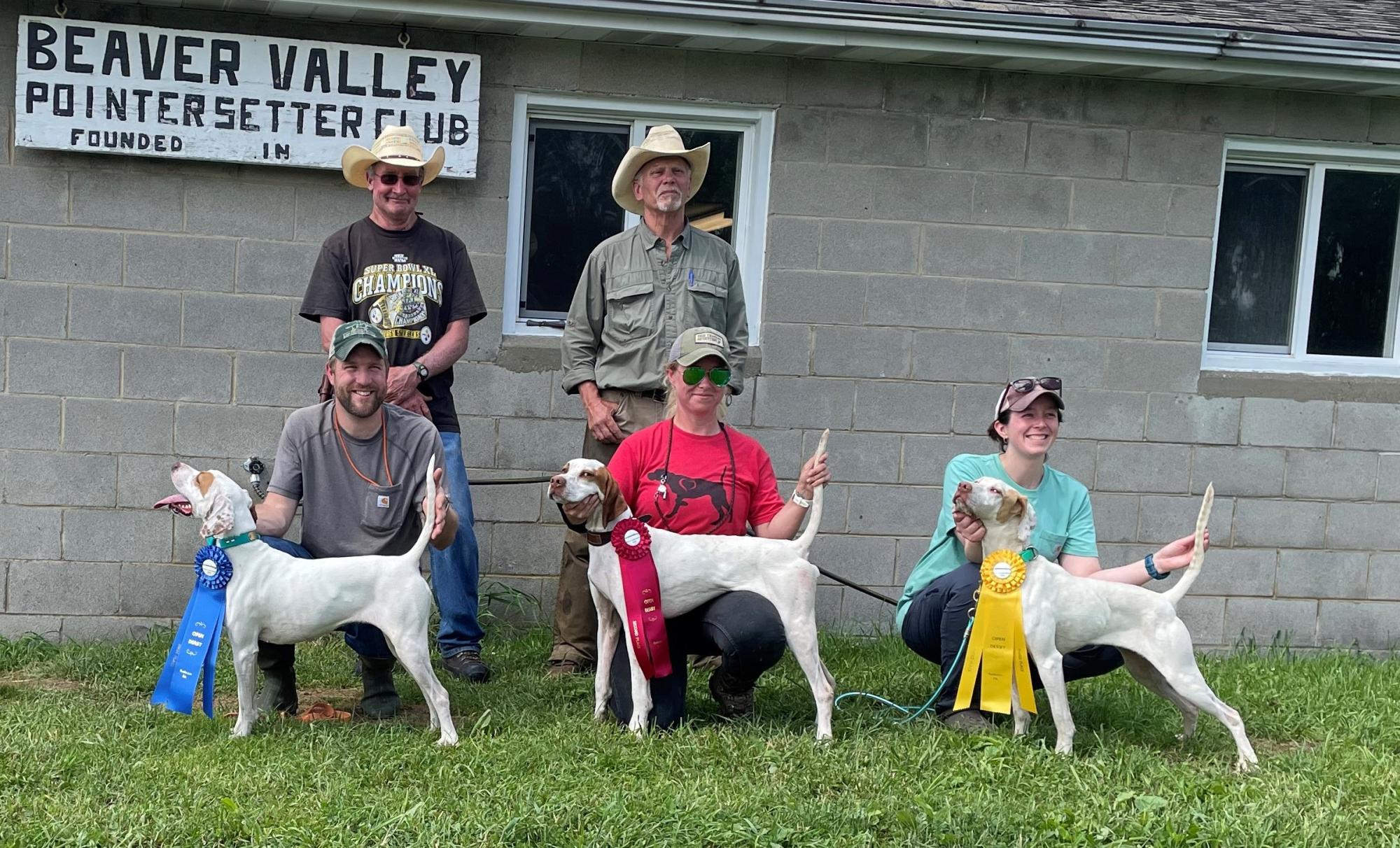 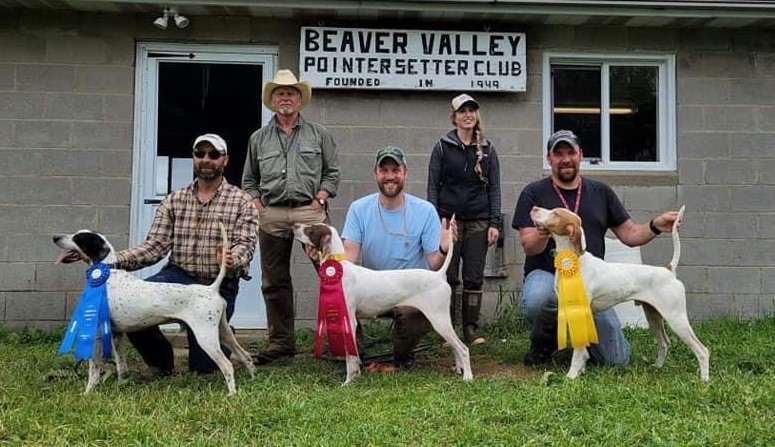 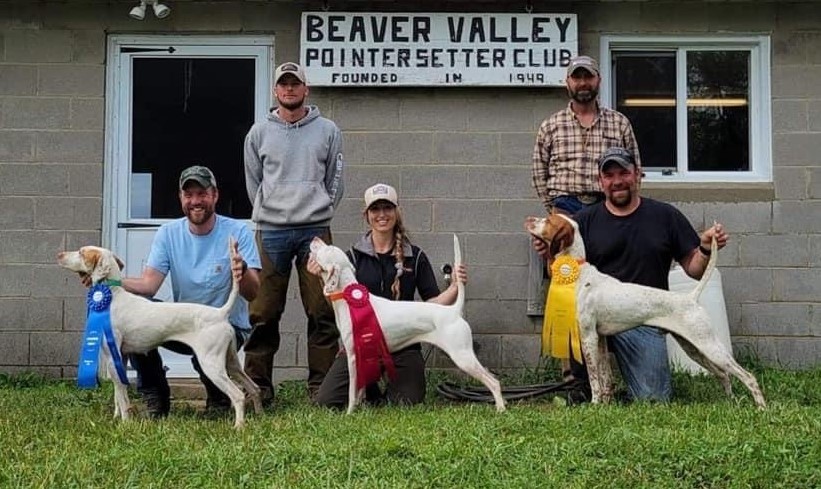