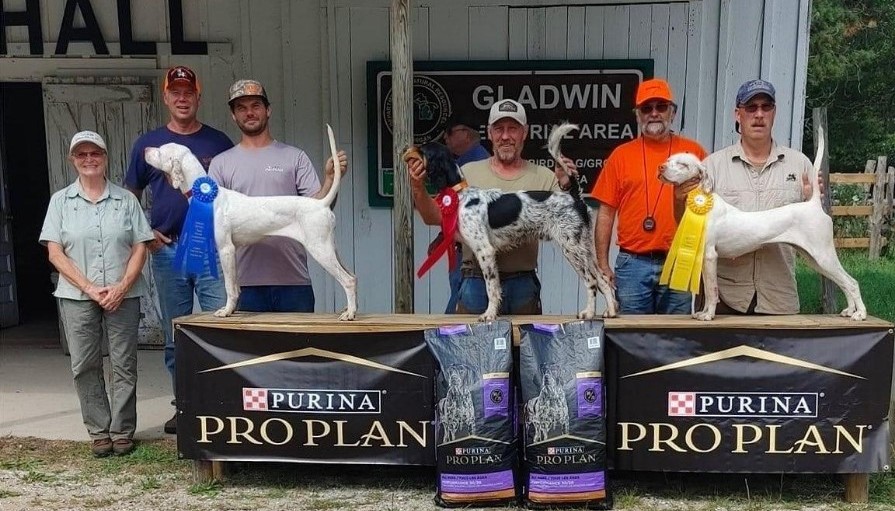 Our summer trial went very smoothly, but both dogs and people endured brutally hot and humid conditions, while the grounds themselves were quite dry after many days without rain. As always, the contributions of many help make the weekend a success. We are grateful for the support of Greg Blair and the folks at Purina--winners really love that Pro Plan! The Hollister family of wranglers provide great, woods-wise horses, and are pretty darn friendly to boot. Chuck and Theda Langstaff kept things moving and handled a lot of administrative duties.

A hearty 'shout-out' to Mike Singleton, who stepped up as stakes manager and whatever else was asked of him. In addition, we greatly appreciate the efforts of many of the field trailers who pitched in and moved vehicles and marshalled when necessary.

Saturday featured the Open Shooting Dog Qualifier. Scenting conditions were extremely tough, and the oppressively hot weather really took its toll on the twenty dogs. When it was all over, Judges Kenny DeLong and Lonnie Rademacher agreed that Brent Peters' setter male "Indy" had taken the top spot. Indy ran in the 9th brace, the hottest part of the day, and put down a strong, sustained, forward race, attacking the likely cover and punctuating his half-hour with staunch stands on woodcock at 2 and 19. Second place went to Tom Fruchey's "Stan". This setter male ran in the 2nd brace in the morning, putting down a nice even, searching race that was rewarded in the 27th minute with an excellent stand on a small brood of 3-4 young grouse. Judges awarded the yellow ribbon to Joe Colglazer's setter female "Meg", whose race was more moderate, but stood for a running grouse at 10 on course 6.

Bruce Minard and Ken Moss judged the Continental Breed Open Shooting Dog, and it ended up being a "family affair". Kenny DeLong handled his young Britt "Shooter" to first place, and his mother "Chancey" to third. In between, (Shooter's) littermate "Bullet" was handled smoothly to the red ribbon by Christy Helmes. 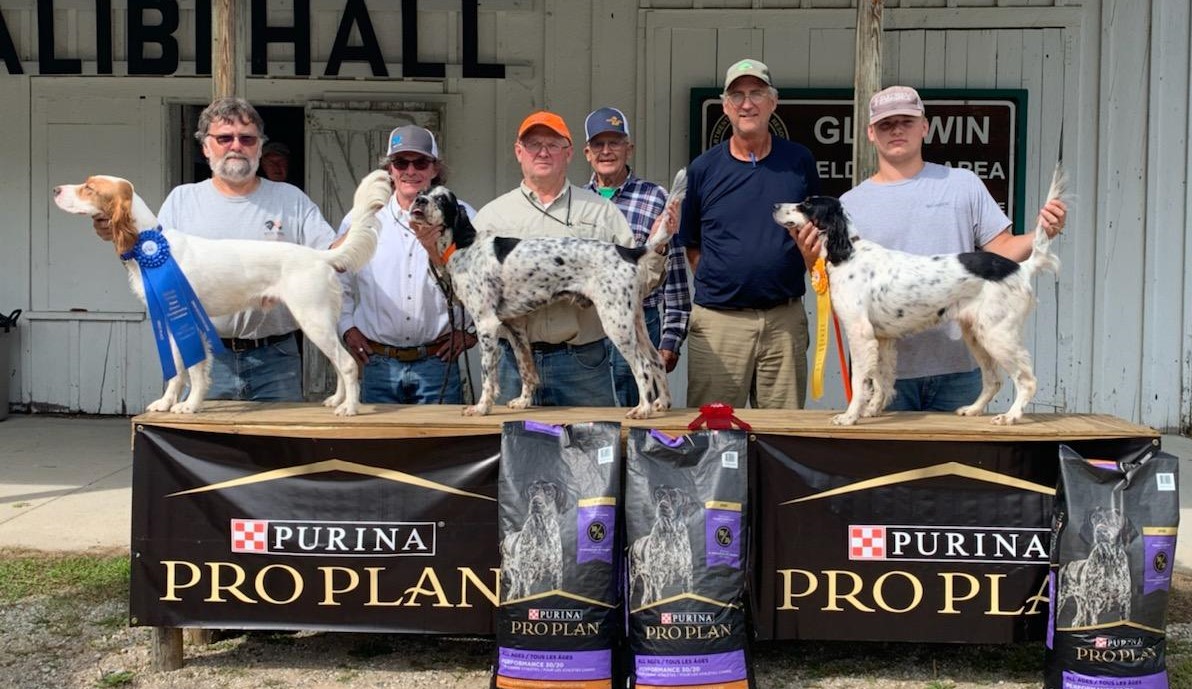 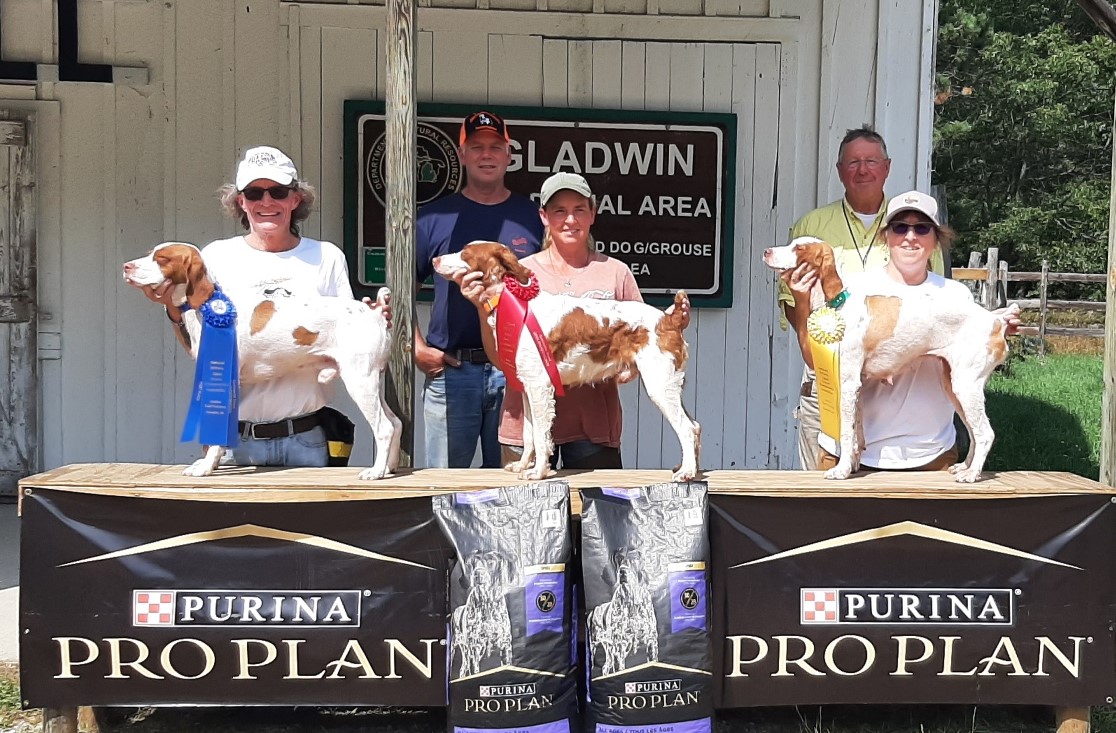