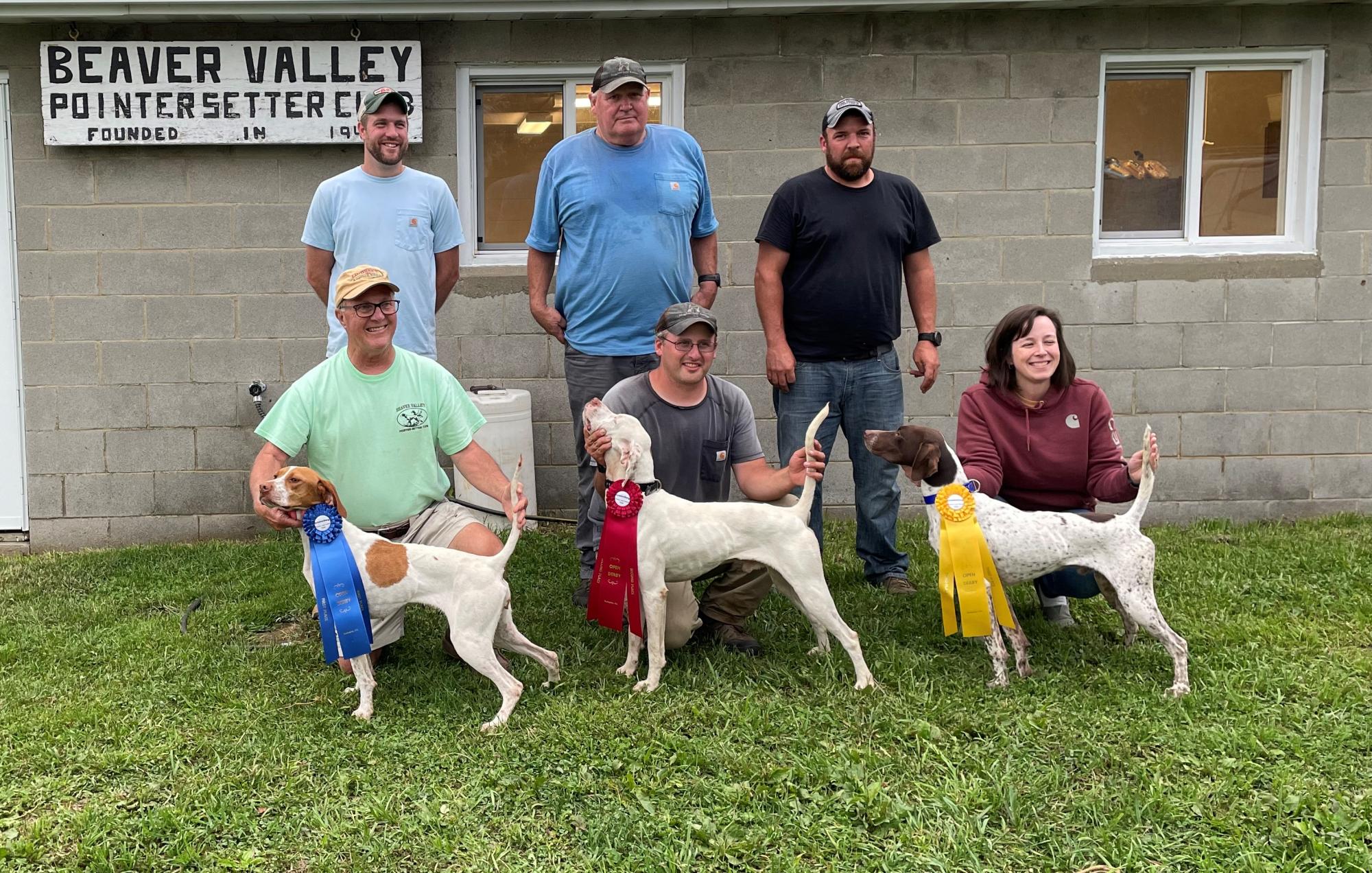 The annual fall field trial sponsored by the Greensburg Pointer and Setter club was staged on September 10-11 over the famous venue owned by the Beaver Valley Pointer and Setter Club near Rochester, Pa. Three professional trainers and a dozen or so amateurs entered a total of 53 dogs which made for a manageable two-day event. Weather conditions were hot and humid Saturday with an overnight cold front bringing a little rain and milder temperatures on Sunday. Considering Sunday was the anniversary date of 9-11-01, the terrible event that changed everything and everyone, a perspective of appreciation for the freedoms we enjoy in our sport was certainly evident on this day to remember.

The Greensburg Club was founded in 1955; the Beaver Valley Club in 1949 and is the oldest tenured club on the Pennsylvania walking circuit. This trial could be termed as a team effort by both clubs as both have diminished in membership over the past 20 years or so due to aging, mostly. Dave Park wore the field trial chairman's hat and did a great job of planning and preparing with all the bases covered. Your reporter, Joe Cammisa, Norm Meeder, Nick Lasica, Alex Meeder, Reese Carroll and Rick Johnson, assisted Dave. All pitched in to help marshal, provide lunches, judge, bird planting, plus the use of their UTV's and ATV's for various necessities.

The judging panel consisted of seasoned experienced arbiters teamed with younger enthusiast's that gained valuable knowledge and experience while rendering common sense decisions that were received with applause.

Next on the agenda was the highly competitive open shooting dog with 23 top performing dogs, many champions, showing their wares. Robert Ecker handled Ramapo Mountain Doc, black marked pointer male, to first place. Doc rendered a forever forward hard hunting classy ground race and two stylish mannerly finds, the first at 10 along weedy strip and the second at 20 near an old log pile, both handled with rock solid intensity, pin-point location and complete steadiness for the flush and shot. Double Deuce Zeke, liver marked pointer male handled by Mark Hughes was a close second. Zeke broke away fast and forward, found standing high and tight at 5 along hillside, manners perfect. Sent forward, Zeke disappeared and found pointing at 14 along top flats, again with perfect manners. Sent on, Zeke was found at 20 on side hill with a third find, then ahead and found standing at 25 in the bottom below the clubhouse, this one unproductive following a relocation effort.
Third placed Warrior Zeke, orange marked pointer male also handled by Mark Hughes pressured the higher placed winners with a far reaching forever forward race coupled with perfectly mannered finds at 5, 10, 15 and 20, three far ahead following far-reaching extended casts.
Other strong contenders included Leroy, classy setter with a wide race and a pair of finds. A liver marked pointer named Remi with a medium race and three well handled finds.
Other starters that had their bright spots included Mickey, Midnight Smack, Blaze, Sonny, Midnight Ike, Penny and Cricket.

The Open Derby stake featured three top-notch performances that left the impression that a bright future is in store for all three. Saddled Up Sadie, handled by Mark Hughes for owner Joe Cammisa, won the blue ribbon with a classy forwardly directed ground heat, with Sadie showing she not only could run but was ever mindful of her handler, always swinging forwardly in her quest for game. Sadie scored stylishly on quail with advanced manners for the flush and shot. Dave Hughes handled Pretty Boy Leo to second with a well-directed ground race plus a stylish find on quail where Leo showed advanced manners. Suemac's Hoodoo Dawg earned the yellow ribbon with a hard hunting race, not quite as wide as the other winners, plus impressive bird work, thus giving the judges plenty of reasons for thought before making their final decision. 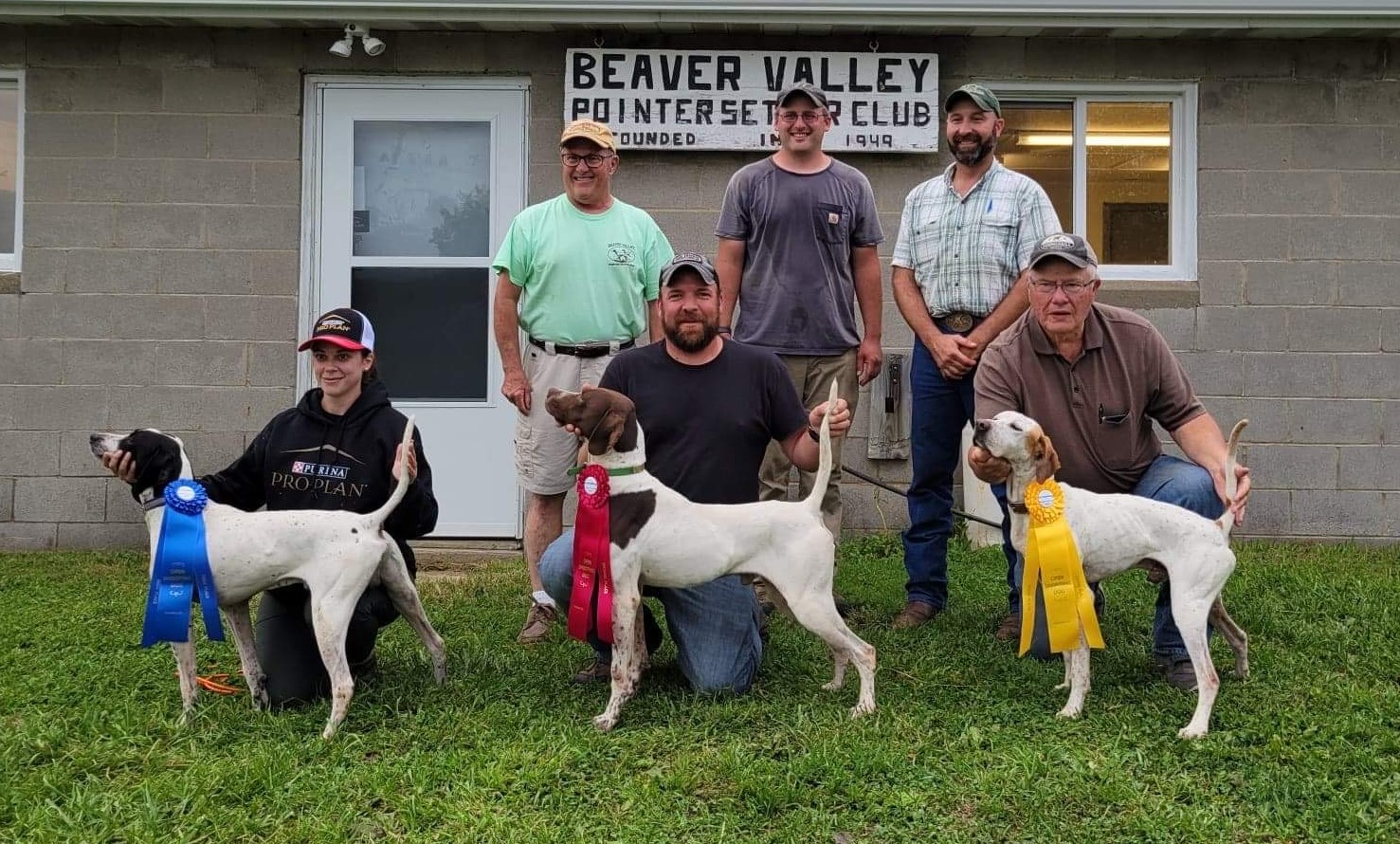 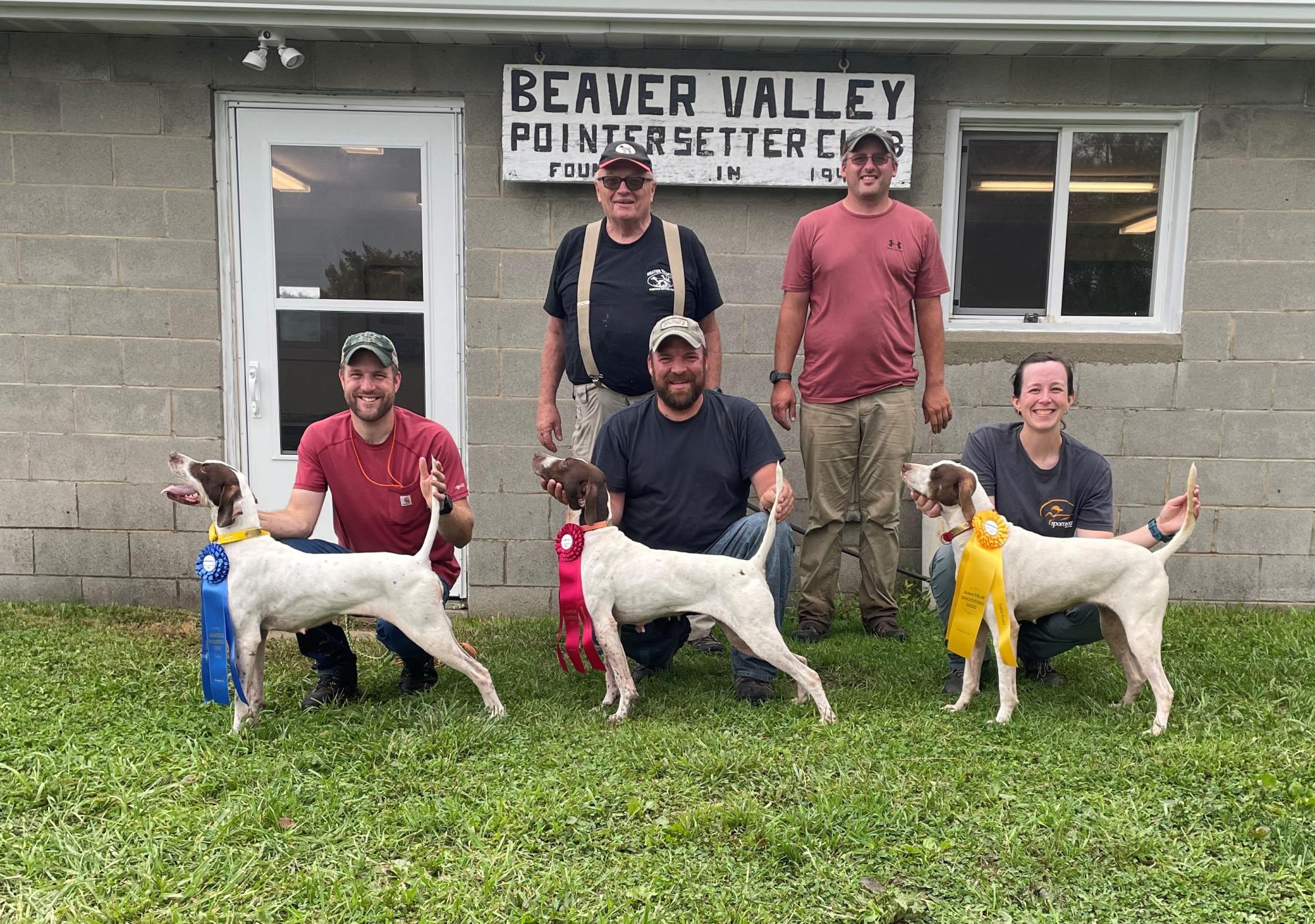 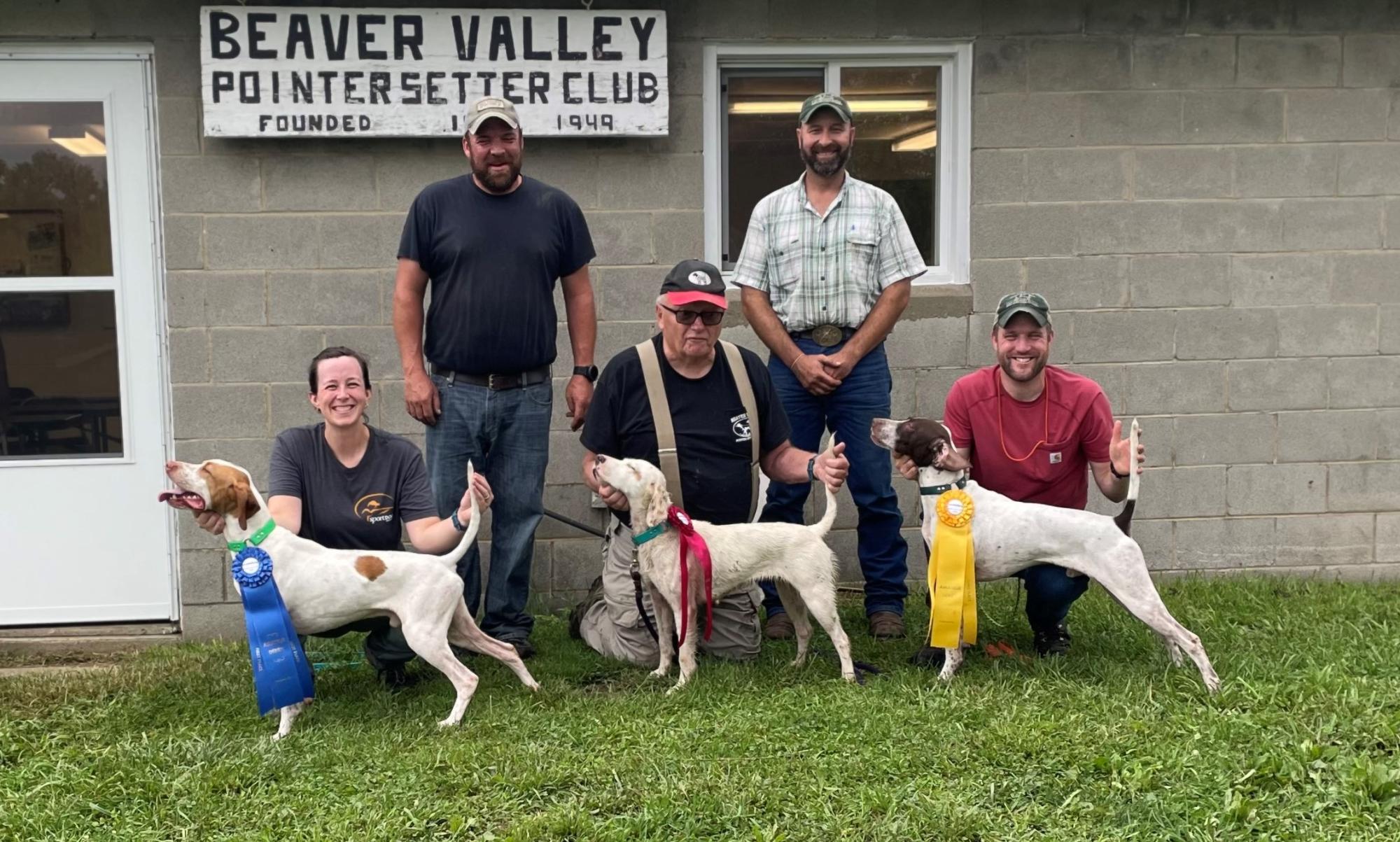