The weather was cool and overcast for the first combined Horseback/Walking trial of the season. During the summer plenty of mowing was done by volunteers Tom Vanecek, Bill, Darr and Ron Sposita, unfortunately No controlled burns were accomplished due to uncooperative weather conditions this Spring.

Bill Branham agreed to judge every stake except the horseback derby in which he had 2 youngsters entered. The night before the first brace Saturday morning he had to cancel and spend the entire weekend with his wife at Henry Ford Hospital. Julie is now home recovering and both Bill and Julie hope to attend some trials in the near future. Tom Vanecek volunteered to scratch his dog and judge the 2 horseback shooting dog stakes. Others pitching in were Mike Cook, Bill Klenner, and Mike Brown (who also picked up the birds).
Quick reminder that the Region 4 Shooting Dog Championship will be run at Ionia in November and the Region 13 Walking Championship as well December 2nd and 3rd.
Highland, Mich., September 24
Judges: Bill Klenner and Tom Vanecek
OPEN SHOOTING DOG - 3 Pointers and 3 Setters
1st-WICKED QUICK, 1674810, pointer female, by Dunn's Tried'n True-Dunn's Get Out Sue. Sandy MacLean & Kelsey Hajek, owners.
2d-JACK'S PACKIN ROCCO, 1669276, setter male, by Thornapple Hawk-Boondocks Karens Annie Girl. Jim & Connie Cipponeri, owners; Jim Cipponeri, handler. 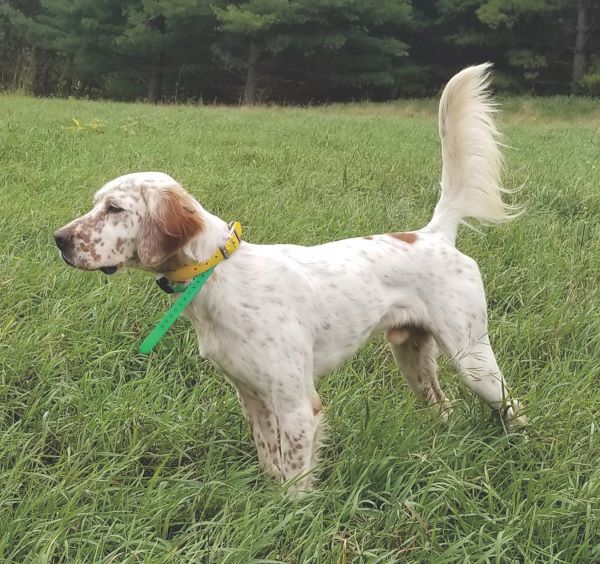 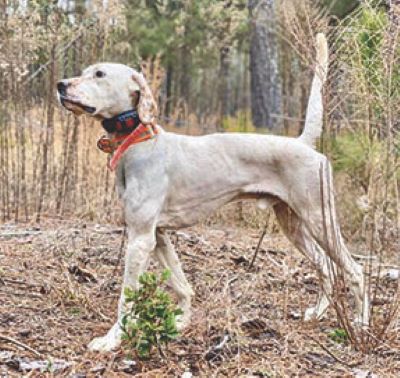