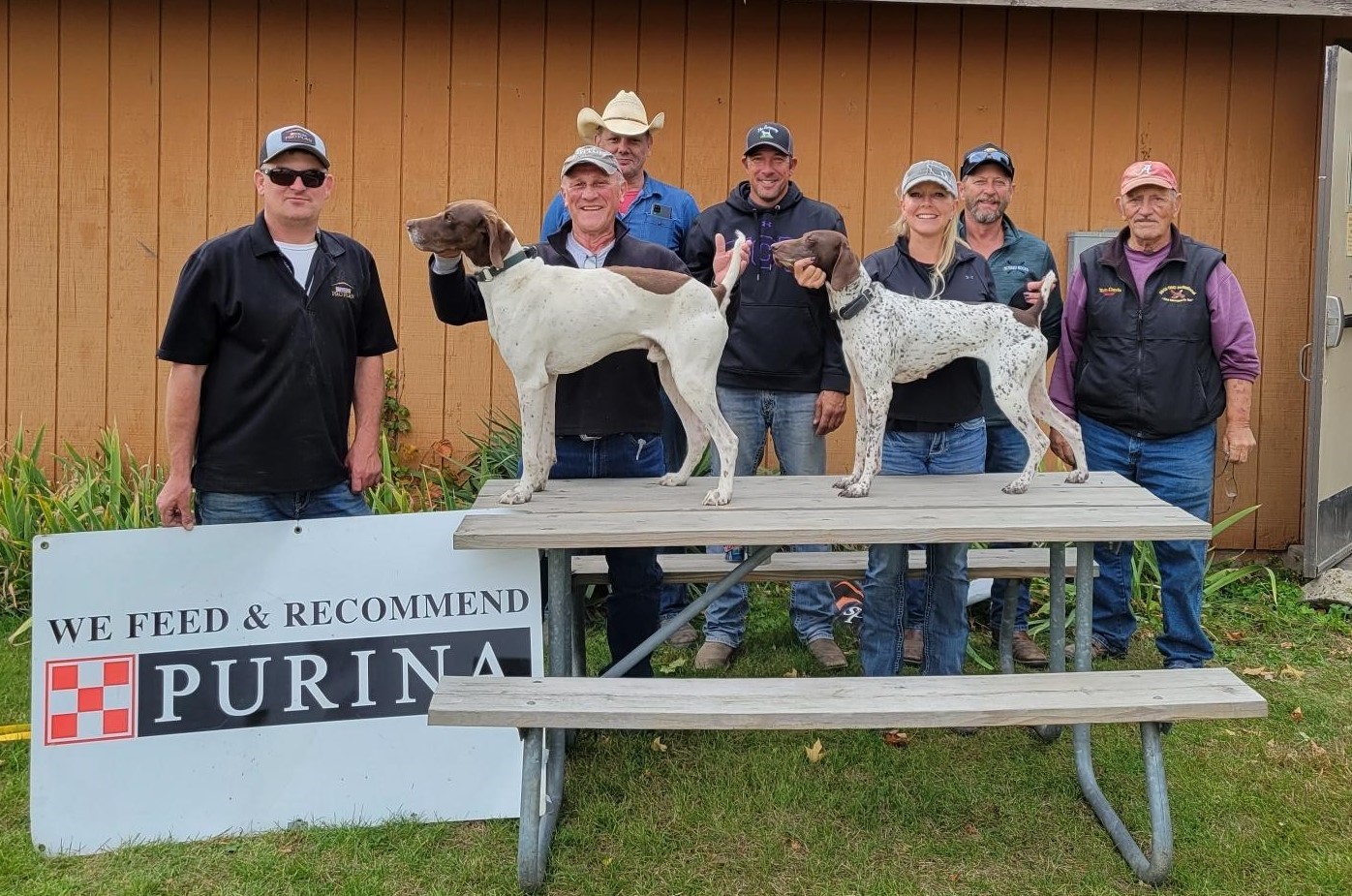 This year the Great Lakes Championship ran October 10th-14th at Ionia State Recreational Area. The grounds were in the best of shape thanks to the IFTGA who is comprised of volunteers to groom the grounds during the summer months. Our hats are tipped to those who have donated their time to make these grounds some of the best in the country to watch our bird dogs perform. As always, the fall colors are brilliant and full during this event and there are many magnificent views throughout the courses. As with many field trials this trial isn't any different in that it has gone from many helping hands to only a few.

Thanks to those who stepped up to help with various duties throughout the week, Including Marc McKinley, Tom Davis, Kirk Loftin, Sherri Tansgrud, Hank Lewis, Joe Orndorff, Blake Rizzo. The Great Lakes Championship would also like to thank the long-time support from our sponsors Purina and Sport Dog. These two companies diligently support horse back field trials.

The Open Shooting Dog drew 23 entries, and the stake was filled with exceptional dogs. At the end the judges could only name two winners. This year's winner was Slate Rock's Mountain Heart, owned by Andy and James Dynkwiecz, and Handled by Dan DiMambro. Rommel had a bold and forward race with 6 finds. The judges commented on his speed, style, and stamina. The runner-up champion was Uodibar's Robbi Jo, owned by Sherri Tandsgrud and handled by Kirk Loftin. Robbi Jo is no stranger to the winner's circle on these grounds. She had 4 finds and a great forward application. This pair of dogs flopped the placements last spring and Robbi Jo has placed almost every time she has run on these grounds.

Our Open All-Age stake drew 12 entries this year and there were several great performances from the stake which with all age dogs sometimes is hard. Evergreens Jed owned by Lance Olsen and handled by Dan DiMambro was named winner. Jed ran a big forward race and had three finds and took the outer rim of these Ionia grounds. Hi N's Allison Miranda owned and handled by Kirk Loftin was the runner up champion. Allie had a great race with several limb finds.

The Amateur Shooting Dog stake was won by Hi N's Curtain Call "Charlie" owned and handled by Jim Hank Lewis Charlie Had four finds during the hour and was stuck to the tree lines of Ionia like glue. Stoney Hills Pinnacle Dee owned and handled by Kirk Loftin had five well-spaced finds throughout the hour. She exemplified great style and was very classy about her way around the course. 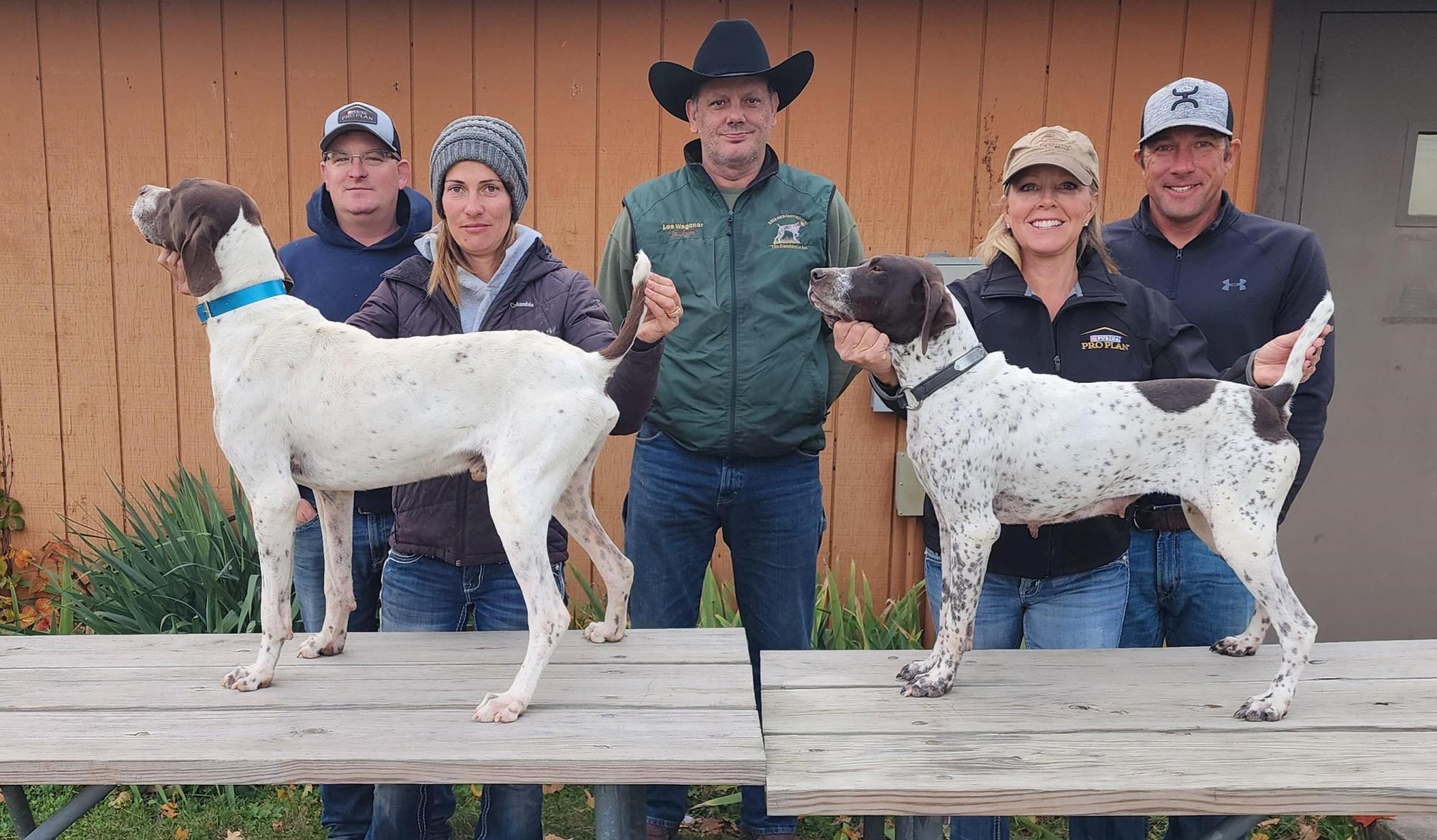 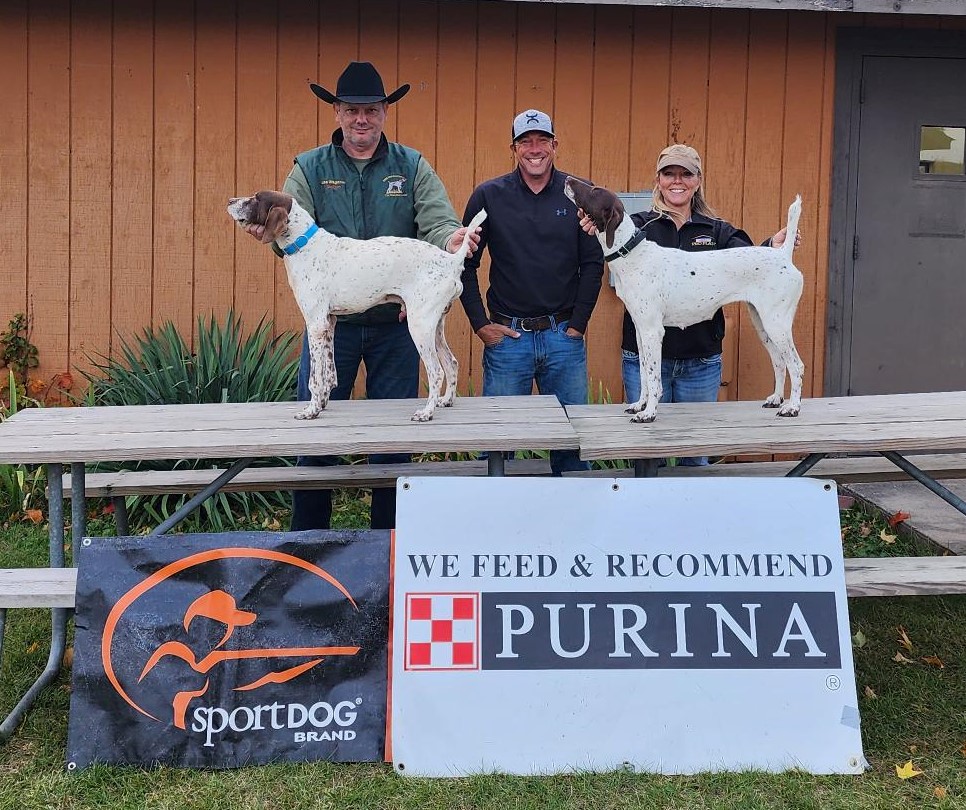 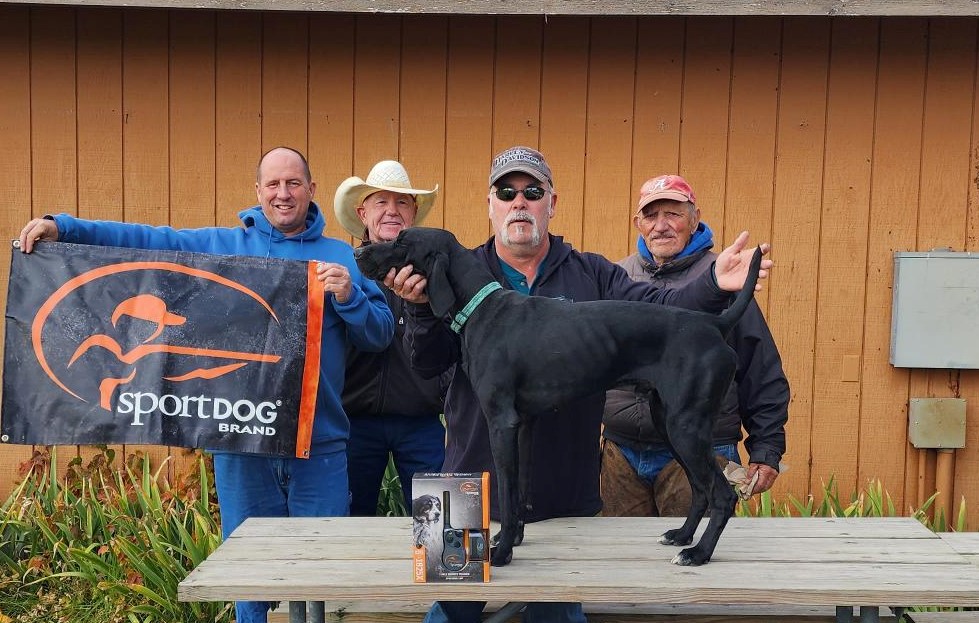