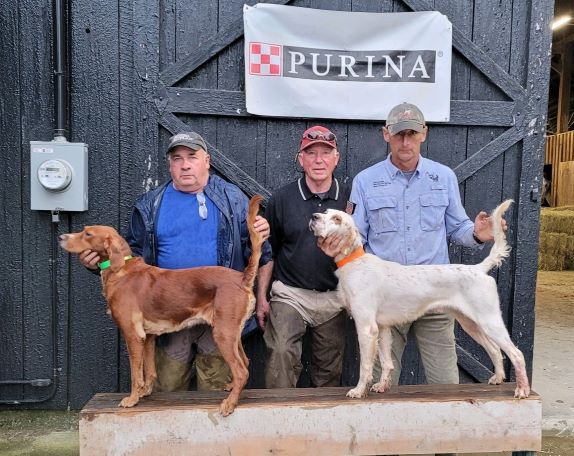 Purina sponsors and provides dog food for the placement winners, pays for our published ad in the American Field/United Kennel Club, and hats. We gratefully appreciate their generosity and interest in our sport of field trialing bird dogs.

Eighteen entries in the Shooting Dog and 4 entries in the Open Derby were judged by Scott Kermicle, Dawson Springs, Ky., and Bill Vest, Ezel, Ky. Both experienced judges provided the highest standards and their decisions were well received. Bear Pond Field trial appreciates both men's time away from their families and businesses, their hard work riding long days in the saddle, their providing their own horses, and their judging the dogs on the merits of their performance. 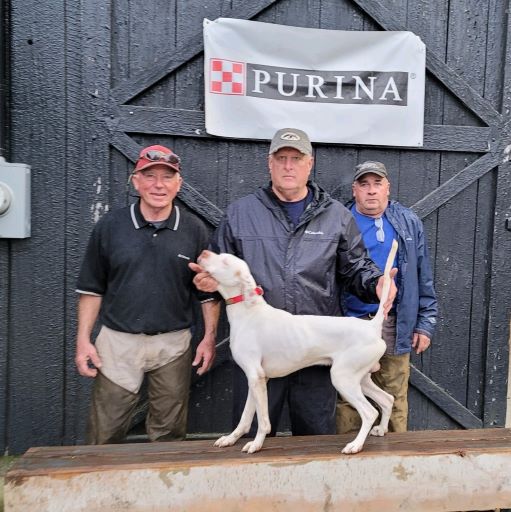